RICK BRAUN IS A DYNAMIC TRUMPETER, COMPOSER, AND PRODUCER, WITH OVER 20 #1 SMOOTH JAZZ HITS 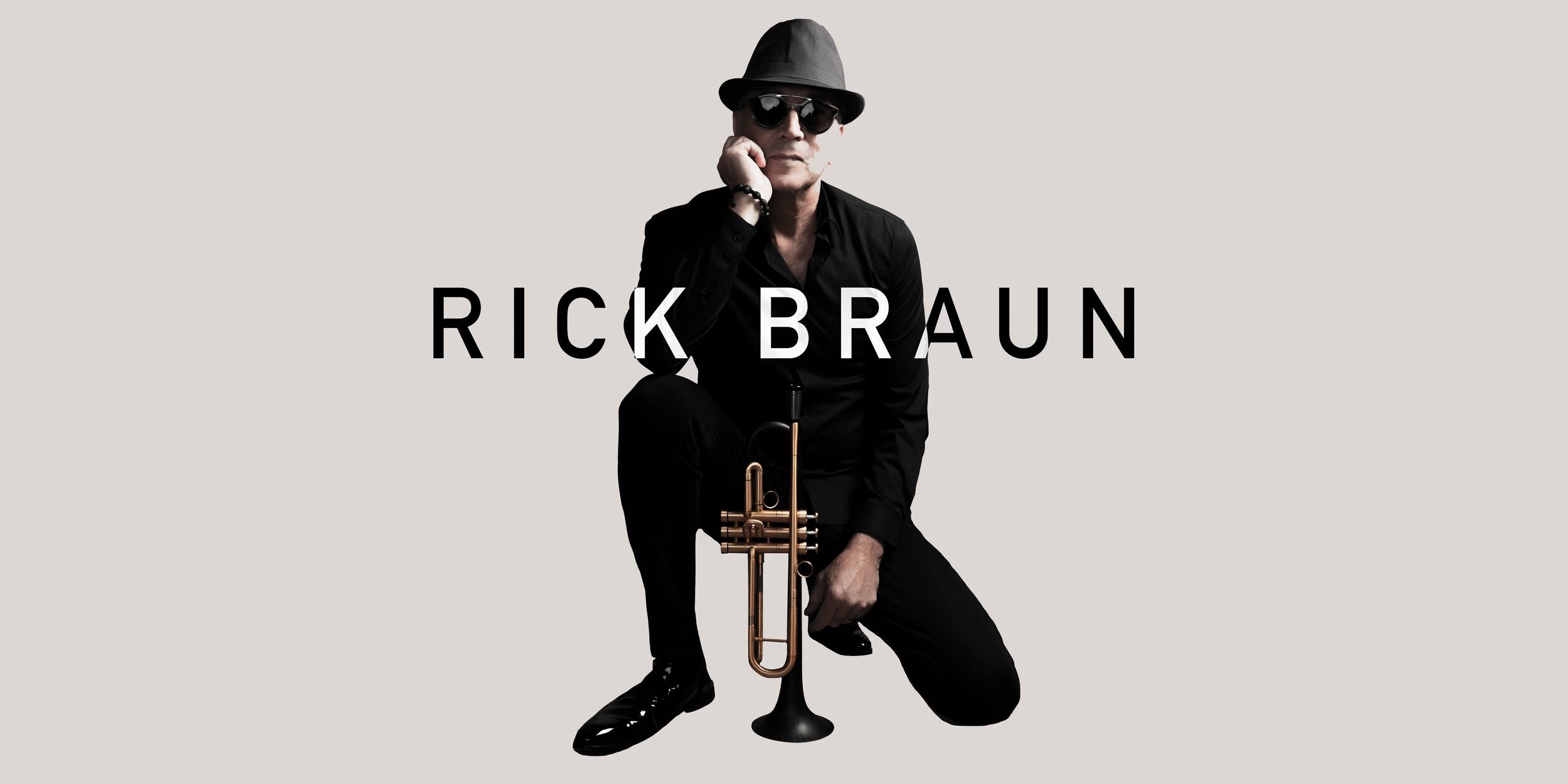 Rick Braun has enjoyed a career longevity that is rare in this business. He has crafted his own distinctive sound and become a staple on contemporary jazz radio. He has produced No. 1 hits for David Benoit, Marc Antoine, and former Rod Stewart band sidekick, Jeff Golub. Braun achieved collaborative success on massive hits with Boney James, as a member of RnR with saxophonist Richard Elliot, and with BWB, a powerhouse trio completed by Grammy® winners Kirk Whalum and Norman Brown. He has made a mark staying true to his own musical voice and eclectic influences that have allowed him to collaborate across genres with some of the biggest names in music, including Tina Turner, Tom Petty, Sade, Natalie Cole and REO Speedwagon.

“With a Miles Davisy muted horn, Braun sounds mystical following [Tony] Pulizzi’s intro and hip hopping around the strings on ‘Turkish’ while getting sweet and sensuous with keys and percussion on ‘6th Street’.” – Jazz Weekly

“Since releasing his debut album in 1992 for Mesa/Bluemoon, Rick Braun has established himself as one of the most popular and prolific artists within the smooth-jazz genre. The trumpeter’s albums routinely top the charts and his tours…sell out theaters across the country. But his commercial success belies a strong affinity and facility for mainstream jazz.” – Jazz Times

“The veteran smooth jazz hitmaker, trumpeter and flugelhornist manifests the fresh sonic direction he hinted at on his 2018 album Crossroads as he celebrates 30 years since his debut with a multi-faceted, self-titled urban funk/jazz meets exotica set.” – Music Connection

“The urgently intense ‘Da Funk’ is a horn fueled delight and this multi dimensional tour de force gains further texture with the big brassy ‘Four On The Floor’ which includes Braun with an ‘on point’ piano solo and flashes of bluesy B3…an outstanding CD that, even at this early stage, promises to be one of the musical highlights of the smooth jazz year.” – Smooth Jazz Therapy