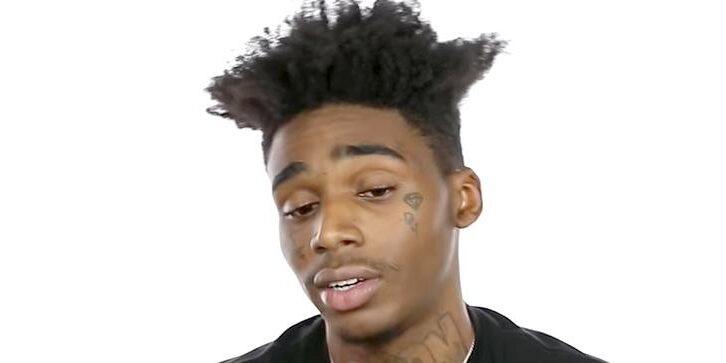 *Several video clips are going viral showing the body of DMV rapper Goonew propped up onstage at Bliss Nightclub in Washington, D.C. Apparently, the rapper’s family and friends gave him a funeral in the guise of a last dance party.

On March 18, the rapper was shot and killed at 24 years old. Weeks later, his deceased body was standing upright at a club farewell event, titled “The Last Show;” which reportedly had an admission fee of $40. While it stood as a celebration of life, the event caused hysteria online, leaving social media in awe, questioning if it was the rapper’s actual body or a wax creation.

MORE NEWS ON EURWEB: Wait. What?! Saweetie Got Dressed For 2022 Grammys in A Parking Lot | VIDEO

In the viral clips, Goonew is seen wearing an Amiri hoodie, sneakers and jeans, with a crown on his head. The clips garnered attention from all of social media — including the King of trolling, 50 Cent. Responding to one clip on Twitter, Fif said, “😳oh sh*t ! i just realized what this is. 🤦‍♂️” Meanwhile, other people have spoken out on how this process is normal in some cultures. Previously, Hollywood Unlocked has reported on a similar celebration of life back in 2020. We shared that a funeral home abided by a family’s wishes to have their loved one sitting upright in a chair in the back of a car, taking his last ride around his community in Trinidad and Tobago. #Socialites, thoughts?