Why are almost all the new music trends born in the US? 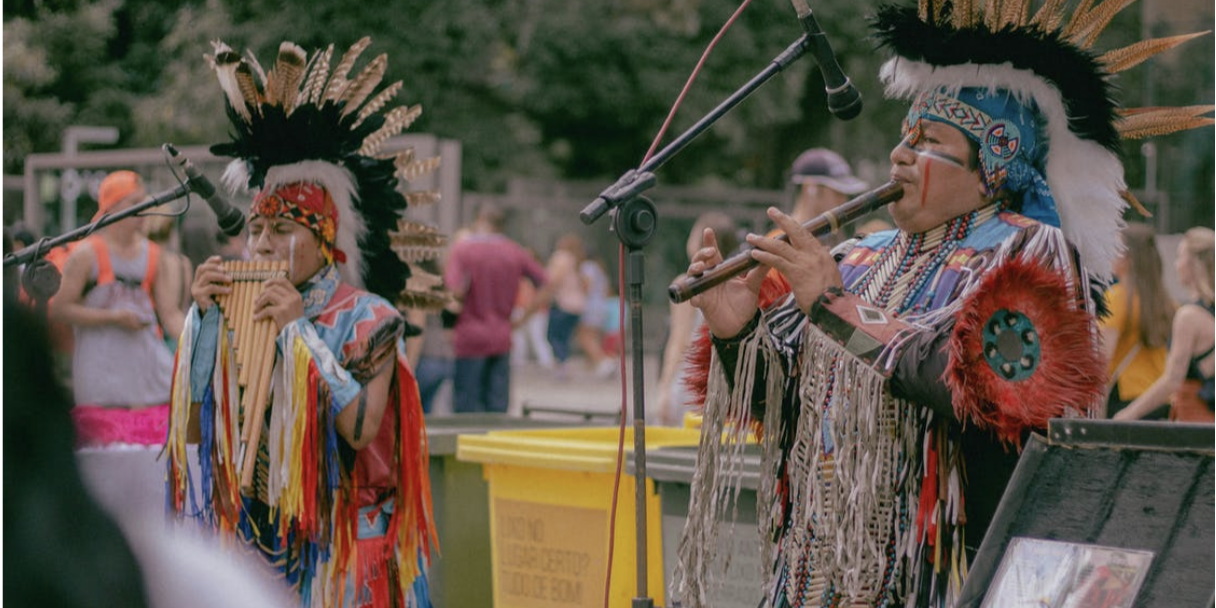 History Of Music In America

To understand why a lot of today’s music trends start in the United States, you need to look back at the history of iconic American music. Beginning with Native Americans, the music at that time was primarily spiritual and was used in conjunction with religious practices. The type of music being played changed dramatically after Europeans colonized America. European countries brought choir singing and ballads.

Enslaved West Africans who had been brought to America also brought their instruments and their own twist on music. They had drums and unusual string instruments that brought remarkable sounds to the region that had not been heard previously. As America grew, people immigrated to the land from across the world, bringing their own cultures as well as their distinctive sounds with them. From Japanese music to the Irish and Scottish sounds, America slowly became a melting pot of cultures, and as a result, the music being produced was highly unique.

As the 21st century rolled around, music that was popular in America started to find global success and acclaim. The first styles to become popular around the world were Jazz and Blues. These were genres created by African Americans, and thanks to the help of new technologies such as the phonograph, the music was able to reach countries overseas.

Country music had always been a staple genre of American culture, but it wasn’t until the 1940s that it really took off with the introduction of folk music. R&B was mixed with blues to form a new genre known as rockabilly. The most famous artists of this genre include Bill Haley and Elvis Presley.

Boogie Woogie was another genre of music that began to evolve into another well-known type of music starting in the 1920s. Influences from blues and rock created what we all know and love today, rock and roll. One of the first and most influential artists of this genre was Frank Sinatra. His reach was global and garnered teen fans from around the world.

The 1960s marked the birth of progressive rock and psychedelic music which would evolve into other genres, including hip hop, funk, heavy metal, and even salsa. The influences of these genres are clear with the rise of R&B and British blues bands such as The Rolling Stones and The Beatles. At this time, artists such as Bob Dylan started altering old sounds such as folk music to create a new twist on a classic genre. He showed people the endless possibilities of music and kickstarted a new way to make it. The 1970s marked the rise of subgenres such as heavy metal, country rock, and the start of disco. The Velvet Underground and Blue Cheer were amongst the first bands to incorporate the harsh sounds of heavy metal into their music. As a result of the rise of heavy metal, another genre known as glam-rock became popular with artists such as David Bowie pioneering the new sound with outrageous outfits and themes.

At the same time, the hip-hop revolution was beginning in the Bronx. This genre quickly spread across all of America, and by the end of the 70s, hip hop was everywhere. The 1980s was when hip hop really took off. With the creation of N.W.A’s Straight Outta Compton and Public Enemy’s It Takes a Nation of Millions to Hold Us Back, hip hop became a national movement for the first time. People could relate to the hardships and topics talked about on these records, which were rapped over catchy beats, and the genre exploded.

By the 1990s, a new genre of music known as grunge found tremendous success. Bands such as Nirvana and Alice In Chains were the faces of this alternative rock sound which garnered fans around the world. Hip Hop artists became mainstream during this time, with rappers such as Notorious B.I.G, Tupac, and 50 cent topping the charts frequently.

Pop music took over in the 1990s, with artists such as Britney Spears and Beyonce dominating the charts with mainstream rappers Eminem and Jay-Z. The advancements in technology in the 2000s allowed people to access all kinds of music as soon as they came out and with just the click of a button. This also allowed people to mix different genres of music with editing software, which sparked the rise of remixes and electronic sounds such as EDM.

Why Do Music Trends Start In The US?

The main reason that a lot of the popular music trends begin in America is due to the diverse cultures that exist there. The most common way for new sounds to be produced is through the mixing of different sounds. America is a melting pot of cultures, and with that, there is a vast range of sounds from around the world brought together in a single nation.

America is also an extremely rich country with lots of resources and funding to advertise new music and sounds to the rest of the world. This allows music created in America to reach other countries and gain fans globally. Shows such as MTV and the creation of CDs allowed new American artists to advertise their music and dominate the industry. It is no surprise then that almost all music trends are born in the US. This has been the case for quite some time; however, with the advancements in technology, the future may find other countries birthing new popular music trends. The internet makes it easier than ever to publish sounds to the rest of the world.

The post Why are almost all the new music trends born in the US? appeared first on Singersroom.com.