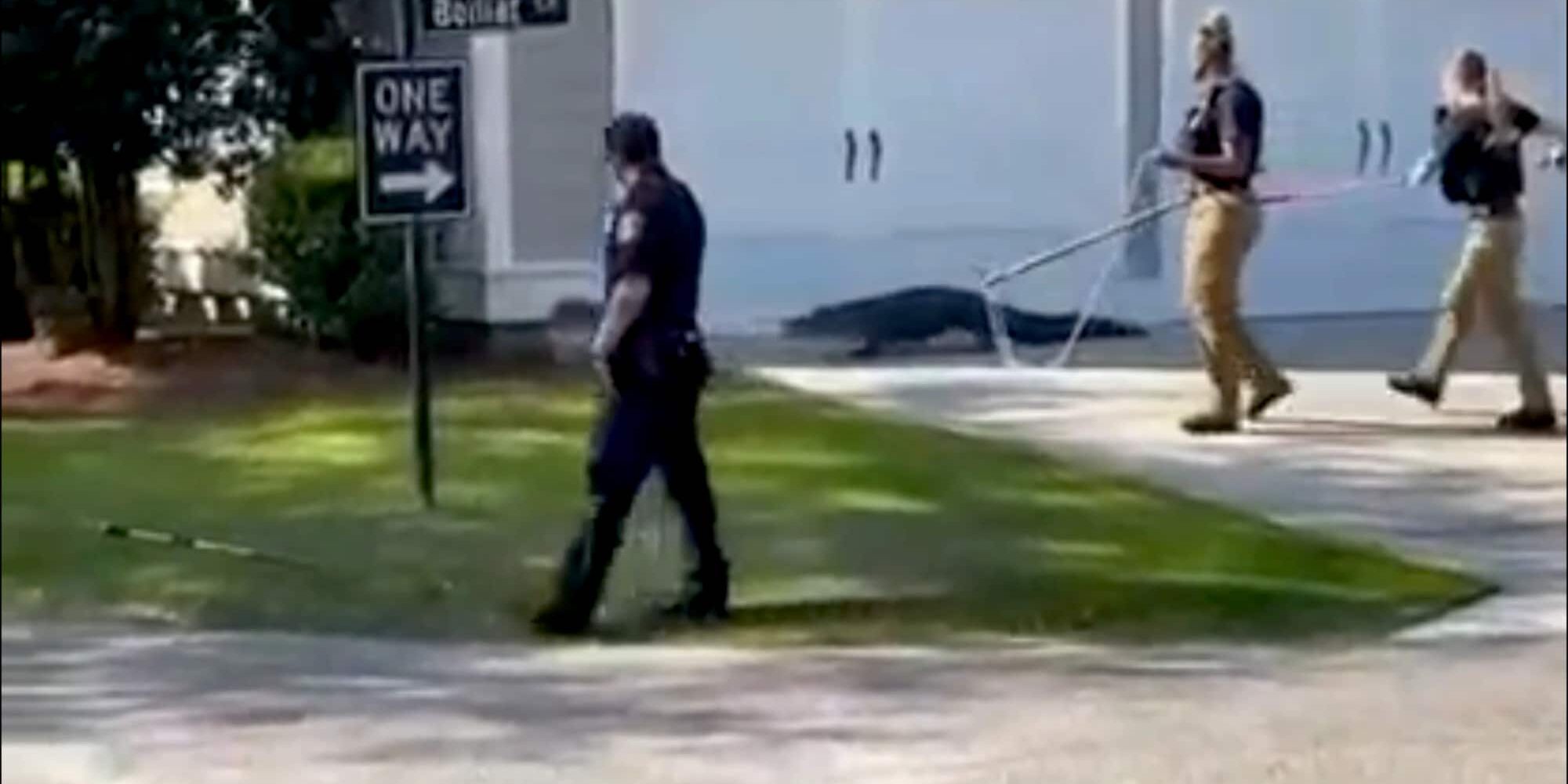 *Hero cops lassoed and rode a rogue alligator prowling outside a school in an astonishing rodeo-style capture in South Carolina. The trio of officers had been called to Daniel Island School in Charleston after the ferocious beast had been spotted close to the gates. Modest police chiefs later shrugged off the drama as “not your […]