The Sound of Contemporary Records 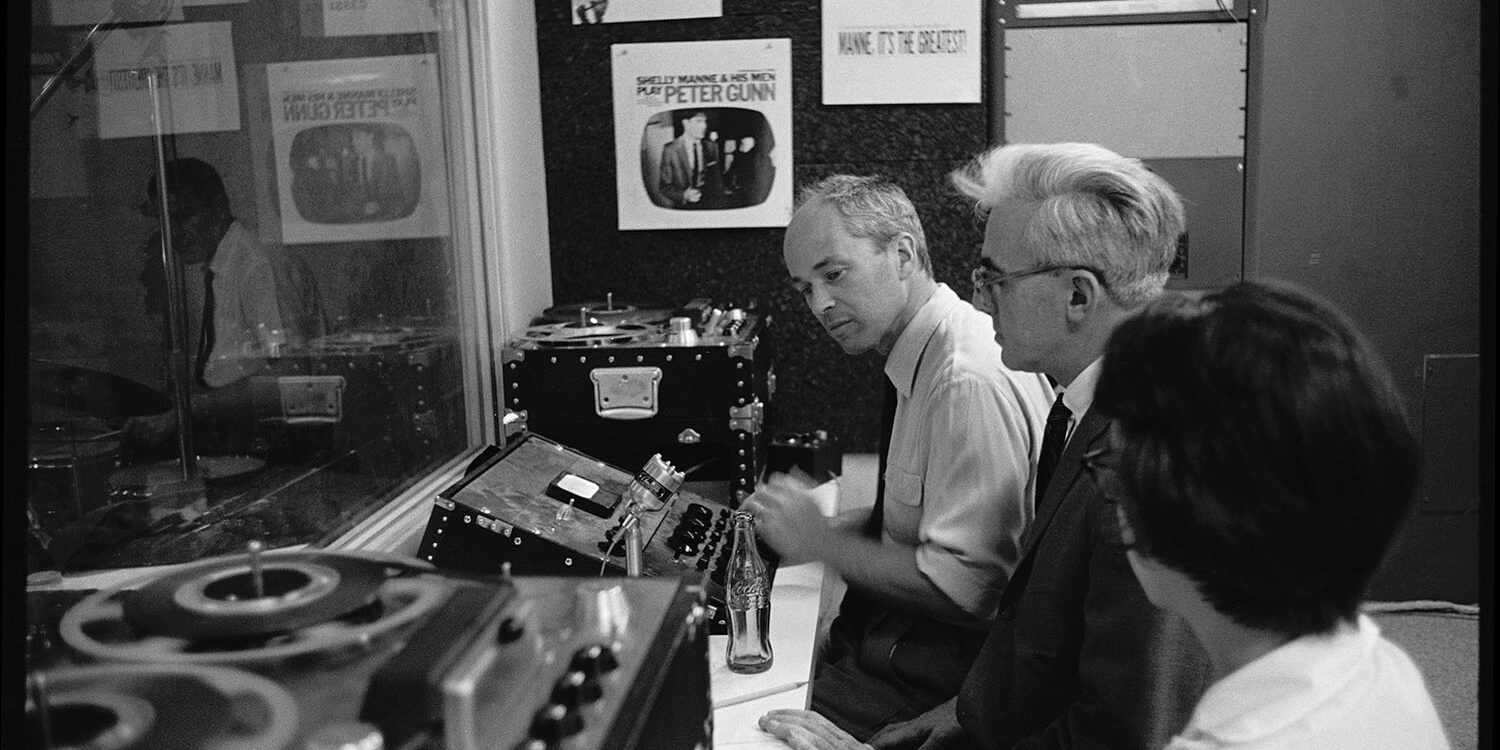 The legend of Lester Koenig—record collector, bon vivant, screenwriter, film producer, friend to Hollywood’s famous—looms larger than a hundred books, let alone a few words in JazzTimes. Yet it’s as the founder of Contemporary Records (in 1952) where he arguably made his most lasting mark, creating jazz recordings with a distinctive crispness, more often than not overseen by mysterious engineer Roy DuNann, whom Koenig hired away from Capitol in 1956. (Famously, the only music that DuNann really liked was country; he was an avid square dancer with his wife every weekend.)

Koenig provided DuNann and another engineering icon, Howard Holzer, with the highest-quality German and Austrian condenser microphones, which they placed in tight proximity to his charges, with wiring rigged for closeness. Artists, producers, and engineers alike have held Contemporary aloft ever since as a label dedicated to presenting jazz at its absolute purest, richest, and live-est.

Beloved mastering engineer Bernie Grundman, the man behind Los Angeles’ BGM mastering studio and thousands upon thousands of albums in all genres, began working with Koenig in 1966 on the earliest of Contemporary’s remasters. “That’s how I learned to master, from Lester,” he says. “It was primitive but in a good way. Less being more really is more. The more processing you do might mean more accuracy in the mix when it comes to balances between instruments. But the quality and the naturalness of the instruments gets lost. And Contemporary’s idea was to capture the music, not like in pop where extra added layers are your focus.”

Grundman was partly inspired to become an engineer by DuNann, whom he eventually met when the latter was living in Phoenix. “Roy was the head of recording at Capitol in the ’40s and ’50s, a brilliant engineer who knew circuitry and could size it all up just by glancing at it. Howard [Holzer] was this rough guy who used to eat his meals out of a soup pan; he actually introduced me to Lester Koenig, when I was just winding cables. He told me, ‘If you love your work, you’ll find a way.’ Boom. Very inspirational…. Lester didn’t technically know what was going on, but he could feel it. And he was the biggest perfectionist I ever knew … even going direct to two-track, which was their thing. No mixing beyond live.

“Their signal path was so direct,” Grundman continues. “Practically everything was coming straight from the microphones directly into the tape. They had all the best microphones, and they wanted to purify the sound, keep it all as natural as possible. They even had their own form of noise reduction; Roy had a way of changing the EQ curve so that he recorded more top end on the tape machine, but not too much top end. Those recordings tended to be quiet, which was even more amazing.”

Grundman recalls DuNann—who was in his late eighties when he passed away approximately eight years ago—being a brilliant, quiet man with just “a little bit of cynicism about him.” In a 2008 article in Stereophile magazine by Thomas Conrad (the only known in-depth profile of this reclusive engineer), DuNann registered the low opinion he held of Ornette Coleman’s music when he was recording the saxophonist 50 years earlier: “I would have sent him home … It wasn’t music at all for me.” This makes Grundman laugh with a loud rumble.

When Grundman worked with Koenig, the pair would spend entire days working on one master. “We choreographed every record as live, so that when a saxophone came in, it didn’t come in hot. Everything was done manually—primitive, but we did all these adjustments right there, track by track. You had to be ready for each tune … if not, you had to start all over. That was Contemporary.”

John Koenig—record producer, cellist, and son of Lester Koenig, who ran Contemporary after his father’s death in 1977—was there from the very start of the label, albeit in tiny fashion, as a child hanging out in his pop’s studio with DuNann.

“Roy is the sine qua non of jazz recording engineers,” the younger Koenig says. “In the early ’50s, he worked under John Paladino at Capitol, but had his own projects like Tennessee Ernie Ford’s ‘Sixteen Tons.’ DuNann expanded on the original Merle Travis version with a recurring bass clarinet motif. It’s a beautiful sound. That was Roy.”

What bonded the elder Koenig to DuNann was that the former frequently traveled around with his own AKG C-12 and Neumann U-47 microphones. “Roy was about having the simplest signal path possible,” John Koenig notes, “and when it came to Contemporary, that may have had a financial genesis in that Roy thought he would save money by not having extra amplifiers and unnecessary devices.” Thus DuNann and Koenig built an opulent sonic empire out of the barest essentials.

“The direct line from the microphone to the Ampex machines was the best line,” John Koenig says. “Roy was most interested in clarity, high resolution, and sonic imaging. He was a great balance engineer. And my father had amazing instinct, a great eye for image, and a great ear for what music should sound like. He realized early on that there were expressive capacities that the technology had when used in a certain way. When Lester moved from film in earnest to making records, he brought that sensibility to audio. Plus, he was a record collector from very early on. He and Roy made a great team.”