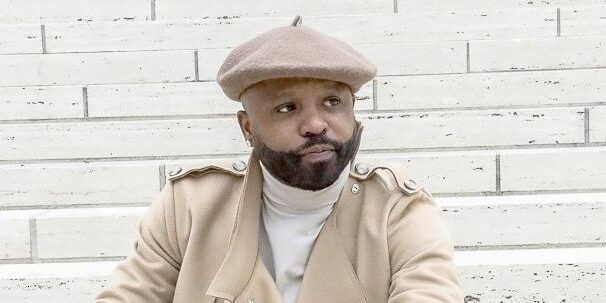 *“It’s about who is worth it,” said singer/songwriter Terrill Paul about the meaning of the title to his new single “Worth It” (OLHO Entertainment. “I’m a married man. My first marriage, I picked. This one, I let God be in on it. It takes work and compromise. A lot of people don’t want to talk about it.”

Terrill, a native of New Jersey, was formerly part of Bobby Brown’s duo called Paul Campbell (2015); the other artist was Tim Campbell. Now solo, Paul is releasing his own material via OLHO Entertainment. His previous single was “I’m Back” (March 4, 2022 release). His current single “Worth It” (April 8th release) is doing well in the U.S., U.K., Italy, France, Spain and Canada. It also is accompanied by a music video.

OTHER NEWS ON EURWEB: Fat Joe: Will’s Oscar Slap Makes Minorities ‘Look Like We Don’t Know How to Act’ | WATCH

Terrill Paul is a singer, songwriter, producer, instrumentalist, and actor whose acting credits include John Wynn’s Mirror Mirror. As a songwriter, he has written material for the group City High.

As part of the duo Paul Campbell via Brown Ribbon Entertainment and as Bobby Brown’s backup singer Paul has performed on “The Tonight Show,” “The Today Show,” “The View” and “The Wendy Williams Show.”

On his humble beginnings in the music business, Terrill said, “My mom took me to two concerts, the Jackson 5 and New Edition…I was 8 years old… I wanted to do that. When I saw them it lit a fire in my soul. (At 25) I meet Michael Jackson in person and worked with Tito and later Bobby Brown. God afforded me to run into them.”

As they say – the rest his history.

“We got some stuff in the pipeline coming out this summer, but yes we are working on an album,” he said when I asked.

SYNDICATED COLUMN: Dr. Eunice Moseley has an estimated weekly readership of over one million with The Pulse of Entertainment. She is also a Public Relations and Business Management Strategist & Consultant at Freelance Associates, and is Promotions Director (at-large) for The Baltimore Times. www.ThePulseofEntertainment.com. EVENTS: “Uplifting Minds II” Entertainment Conference (ULMII), founded by Eunice in 1999, is into its 23rd year. Next events are coming to Baltimore Saturday April 16, 2022 via Zoom Conferencing and Los Angeles Saturday, November 5, 2022 via Zoom Video Conferencing. The ULMII event is a free entertainment conference offering a Professional Panel Q&A Session, a Professional Talent Showcase and a National Talent Competition (vocal, songwriting, dance and acting) where aspiring artists have a chance to receive over $17,000 valued in prizes/product/services.  Log onto www.UpliftingMinds2.com for more information or to RSVP for Zoom Access email [email protected]

A Mentally Ill Darrell Brooks is Representing Himself in Homicide Trial – His Mother Shares Her Fears | VIDEO
October 2, 2022