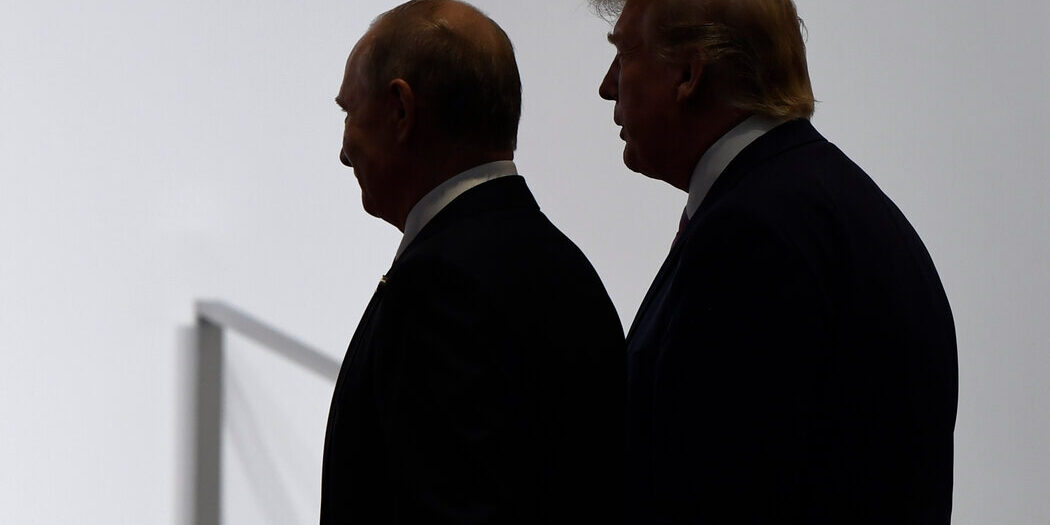 Donald Trump turned Vladimir Putin into a popular figure among a significant segment of Republican voters. As a candidate, president and ex-president, Trump has repeatedly praised Putin, calling him “strong,” “savvy” and “genius.” Trump has also echoed Putin’s ideology, by harshly criticizing NATO.

Putin’s invasion of Ukraine has changed the situation, damaging his popularity in the U.S., even among Republicans. If anything, many Republican voters say they wish the Biden administration would take more aggressive action to help Ukraine, according to the Pew Research Center. Yet Trump’s effect on Putin’s popularity has not entirely disappeared: There is still a meaningful faction of Republican elites who feel an affinity for the Russian president.

Today’s newsletter looks at this faction. Representative Liz Cheney, the Wyoming Republican and frequent Trump critic, describes it as “the Putin wing of the G.O.P.” It both admires him as a strong leader and likes his right-wing nationalism, including his opposition to NATO, Western liberalism and L.G.B.T. rights.

For now, this wing remains on the party’s fringe, with little ability to affect policy. Senator Lindsey Graham has called Putin’s defenders “outliers,” while Kevin McCarthy, the Republican leader in the House, has described Putin as an evil dictator who is murdering people.

But the G.O.P.’s Putin wing still has influence. It is affecting coverage by the most important news source for Republicans voters: Fox News. It seems to be shaping the behavior of another major corporation: Koch Industries. And Trump remains a leading contender to win the 2024 Republican nomination, which suggests the party’s Putin-friendly faction may not remain on the fringe.

In their own words

In the days leading up to the invasion, Trump praised Putin for recognizing Ukraine’s economic and strategic value to Russia. “He’s going to go in and be a peacekeeper,” Trump said. “We could use that on our southern border.”

In recent days, Trump has shifted to a more mixed message, both saying that Putin should negotiate a peace agreement and praising him as “driven.” Trump has also encouraged Putin to release negative information on Biden’s family.

Tucker Carlson, the host of one of cable television’s highest-rated shows, has suggested that American liberals represent a bigger threat than Putin. “It might be worth asking yourself, since it is getting pretty serious, what is this really about?” Carlson said in February. “Why do I hate Putin so much? Has Putin ever called me a racist?”

Carlson has also promoted a false rumor, popular in Russia, accusing the U.S. of funding biological weapons labs in Ukraine. These comments are consistent with Carlson’s history of arguing that the U.S. should align itself with Russia over Ukraine. “I think we should probably take the side of Russia, if we have to choose between Russia and Ukraine,” he said in 2019.

Koch Industries, the conglomerate whose controlling family is a major funder of Republican candidates and conservative causes, has said it would continue to operate in Russia even as many Western companies have left.

Political advocacy groups affiliated with Charles Koch have also questioned why the U.S. is levying harsh sanctions on Russia and have suggested that a Ukrainian victory is not in America’s interest, as Judd Legum of the Popular Information newsletter has reported. “The United States can and should do very little for Ukraine,” Will Ruger, the president of a Koch-funded group, has said. “Ukraine simply doesn’t matter to America’s security or our prosperity.”

Marjorie Taylor Greene, a far-right Georgia congresswoman, has criticized both Russia’s invasion and Ukraine’s government. President Volodymyr Zelensky’s government is corrupt, she claimed (without offering evidence), and is in power only because the Obama administration helped overthrow the previous regime (which is not true). She has argued that the U.S. should not send weapons to Ukraine.

Matt Rosendale, a Montana congressman, called Zelensky “a less-than-forthright president of the Ukraine.”

Former Trump administration officials have echoed their boss’s comments. “I have enormous respect for him,” Mike Pompeo, the former secretary of state, said of Putin. “He is very savvy, very shrewd.” Peter Navarro, who was a Trump economic adviser, said that Ukraine was “not really a country” because it used to be part of the Soviet Union. Douglas Macgregor, another administration official, said that Russian forces had been “too gentle” with Ukraine.

At least two Republican candidates have made similar comments. “I don’t really care what happens to Ukraine one way or another,” J.D. Vance, who is running for Senate in Ohio, said. Joe Kent, who is trying to win a primary over a House Republican who voted to impeach Trump over the Jan. 6 riot, called Putin’s demand to control part of eastern Ukraine “very reasonable.”

In some cases, Russian state television has shown its appreciation for these kind words toward Putin. It has aired clips of Carlson’s show, defended Trump from what it calls unfair attacks by the American media and suggested that Trump should become president again.

State of the War

K.B.J.’s nomination: Black women at Harvard Law School reflect on Ketanji Brown Jackson. “We are literally walking in her shoes.”

Unearthed footage: How a local TV station found a clip of Prince at 11 years old.

DALL-E: This A.I. draws anything at your command.

A Times classic: What our critic saw bingeing “Game of Thrones.”

Lives Lived: Eric Boehlert was a veteran journalist who was a fierce critic of right-wing misinformation and hypocrisy in the news media. He died at 57.

Shohei Ohtani, Los Angeles Angels: Ohtani, who draws comparisons to Babe Ruth as a pitcher who hits home runs, is the game’s most exciting player. He may also be the only pitcher to hold a bat with any frequency this season. That’s because the National League has adopted the designated hitter — allowing other players to bat in place of pitchers — nearly 50 years after the American League did.

Max Scherzer, New York Mets: Scherzer, who has been named the league’s best pitcher three times, joined a Mets roster that already had an elite starter, Jacob deGrom. The duo could be fearsome once deGrom returns from an injury. The Mets are now outspending the Yankees. Will they also outplay them?

Wander Franco, Tampa Bay Rays: The normally thrifty Rays signed Franco, a shortstop, to a lucrative deal after only his first season. They will need his preternatural batting talent to compete in the A.L. East: The Yankees, Blue Jays and Red Sox all have strong lineups.