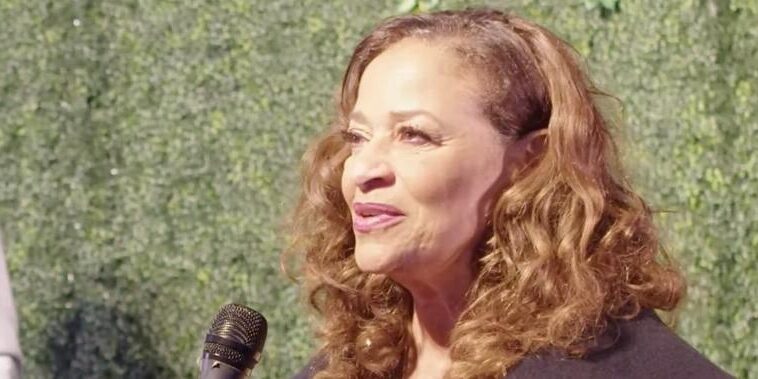 *By now everyone’s seen THE Oscars clips. The infamous Will Smith slap is all anyone can talk about. What you may not know about the Oscars is the Griot Gala. An afterparty honoring three acting legends for their work in Hollywood. Cheech Marin, Reneé Lawless, and one of the most well-known TV moms in history, Phylicia Rashad.

Rashad’s sister, Debbie Allan, was in attendance to support her.

“I think the title of a Griot Award for her is so appropriate. She has worked tirelessly her whole life. This is well deserved, and I’m thrilled to be here in her honor,” reacted Allan to Rashad’s award.

Rashad was also thrilled to be able to share that moment with her sister.

“My mother once told me when we were young. You all will stay very close to each other because of your mutual interest, and it’s true.”

MORE NEWS ON EURWEB: New Book ‘I Dare You to Love Yourself’ Encourages Black Women to Love Who They Are!

The night of the Oscars is the most important night for Hollywood. Usually, the most talked-about moment is who won what. With the exception of 2018 with the “Moonlight” saga. For those that may not remember “La La Land” was named Best Picture when the actual winner was “Moonlight.” OH! How we all thought that was a scandalous moment! What could top that? This year one of the top movie stars in the world slapped Chris Rock live on television!

How did other actors and comedians react to this year’s confrontation?

“We’re all human. We all have honest emotions and honest reactions. Will is an amazing dude, he’s done a lot of great things. But, he’s a human,” said “Power Ranger’s” star Walter Jones.

The notion that no one is perfect and we all have moments where we show our imperfections seemed to be everyone’s stance on the red carpet. During award shows actors are recognized for their ability to embody and portray another person but we don’t often recognize the humanity of these actors.

To hear more from the stars at the Griot Gala, watch our red carpet interviews at the top of the page.