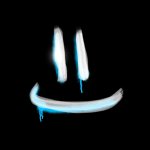 Just released, ‘Twenty Twenty 2’ from sophisticated super group Special EFX marks the band’s forty years of making music and despite the frequent changes in personnel that have characterised the evolution of this cool collective the creative constant of Chilli Minucci remains front back and centre.  In fact Minucci co-founded Special EFX thirty-five years ago with the now deceased George Jinda and here he writes eleven new tunes, reworks two previous tracks from back in the day and adds a neat remake of the rock classic ‘In Memory Of Elizabeth Reed’.

The result is a group of musicians at the very top of their collective game and none more so than with ‘Everything and Anything’ that is a cleverly retitled rework of ‘Anything and Everything’ with on point sax from Eric Marienthal.  The original can be found on Minucci’s 1996 solo album ‘Renaissance’

Elsewhere trumpeter Lin Rountree and UK keyboard player Oli Silk bring a bright, fresh disposition to the easy grooving ‘Novembers Child’ while not surprisingly it is followed by a one-minute ambient prelude titled ‘December’ which heralds in the expansive ‘Ballerina Dreams’.  Another one from the vaults, it finds Minucci reimagining ‘Ballerina’, a track from the Special EFX 1990 recording on GRP  ‘Just Like Magic’.

Other gems include the decidedly mellow ‘Slow Hands’, the atmospheric ‘Ceili Music’ (for which Antoine Silverman on violin excels) and the almost nine minute extravaganza that is ‘In Memory Of Elizabeth Reed’.  Regulars at live Special EFX concerts may well recall the band spontaneously bursting into this Allman Brothers hit and in doing so betraying the penchant Minucci has always had for classic rock music.

Minucci wrote the majority of ‘Twenty Twenty 2’ during the first year of the pandemic. A case in point is the wonderful ‘Folks Like Us’, which from tranquil beginnings builds into what becomes a real tour de force.  The pandemic and the restrictions that came with it also led Minucci to seek musical inspiration everywhere, beach walks, moments of reflection, sifting trough his record collection and, in the case of the complex hard driving ‘Homeland’, even television shows.

Add a sprinkle of Minucci magic and what you have is ‘Twenty Twenty 2’.  Here’s to the next forty years.