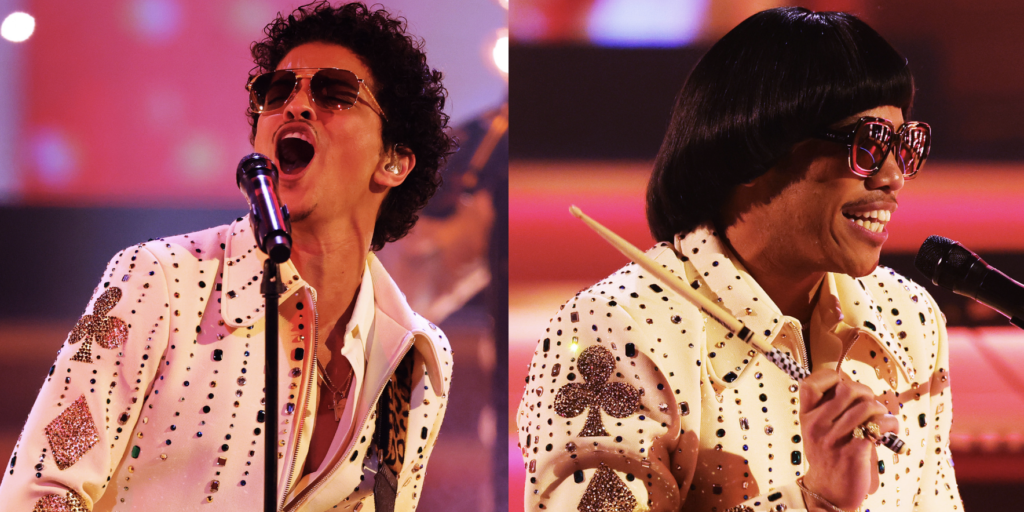 Silk Sonic, the duo composed of Anderson .Paak and Bruno Mars, opened the 64th Grammy Awards with an electrifying performance.

Live from the MGM Grand Garden Arena in Las Vegas, Nevada, Silk Sonic performed their James Brown-inspired “777” from their debut album, An Evening With Silk Sonic.

The duo’s Billboard Hot 100 chart-topper “Leave The Door Open” earned four Grammy nominations, including Song of the Year and Record of the Year. They won the former award, presented by Grammy and Oscar winner Questlove, moments after their performance.

Before the Grammy telecast, Silk Sonic picked up a Grammy for Best R&B Performance (“Leave The Door Open”) at the premiere ceremony. They tied with Jazmine Sullivan, who also was awarded for her platinum-selling single “Pick Up Your Feelings.”

Silk Sonic has spent the last month in Las Vegas for their residency at Dolby Live at Park MGM. While they are taking a break from shows for the rest of April, they will return on May 4 and will perform through May 29.

Silk Sonic released their debut album last November. It debuted at No. 2 on the Billboard 200 with 104,000 equivalent units sold in the first week. An Evening With Silk Sonic was among Rated R&B’s 30 Best R&B Albums of 2021 list.