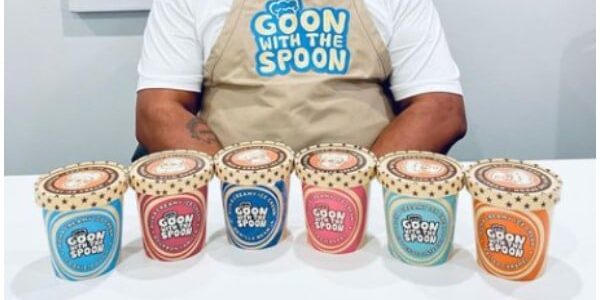 *E-40 has announced he’s expanding his Good With the Spoon brand by launching a line of ice cream products.

“Ice cream has been 4 years in the making but the vision is now a reality!” the rapper captioned an Instagram post.

The rapper’s ice cream was without the artificial growth hormone, rBST, which is often found in dairy, per the report. The creamy treats were also crafted with solar power. Check out the Instagram clip below.

In October, the Bay Area legend announced his line of gourmet meats as part of Goon With the Spoon.

“Fulfilled a lifelong dream today with the formal launch of my GOON WITH THE SPOON brand & inaugural sausage line!” he captioned an Instgram video of him working in the kitchen. “We’re in production and about to take over the food industry now.”

As reported by Complex, the artist-turned-entrepreneur partnered with “Justin Kinder of Kinder’s Meats, Deli and BBQ to introduce his brand of packaged sausages and burritos,” the outlet writes.

E-40 also has cookbooks in the works, cooking shows, and he plans to open Goon with the Spoon restaurants.