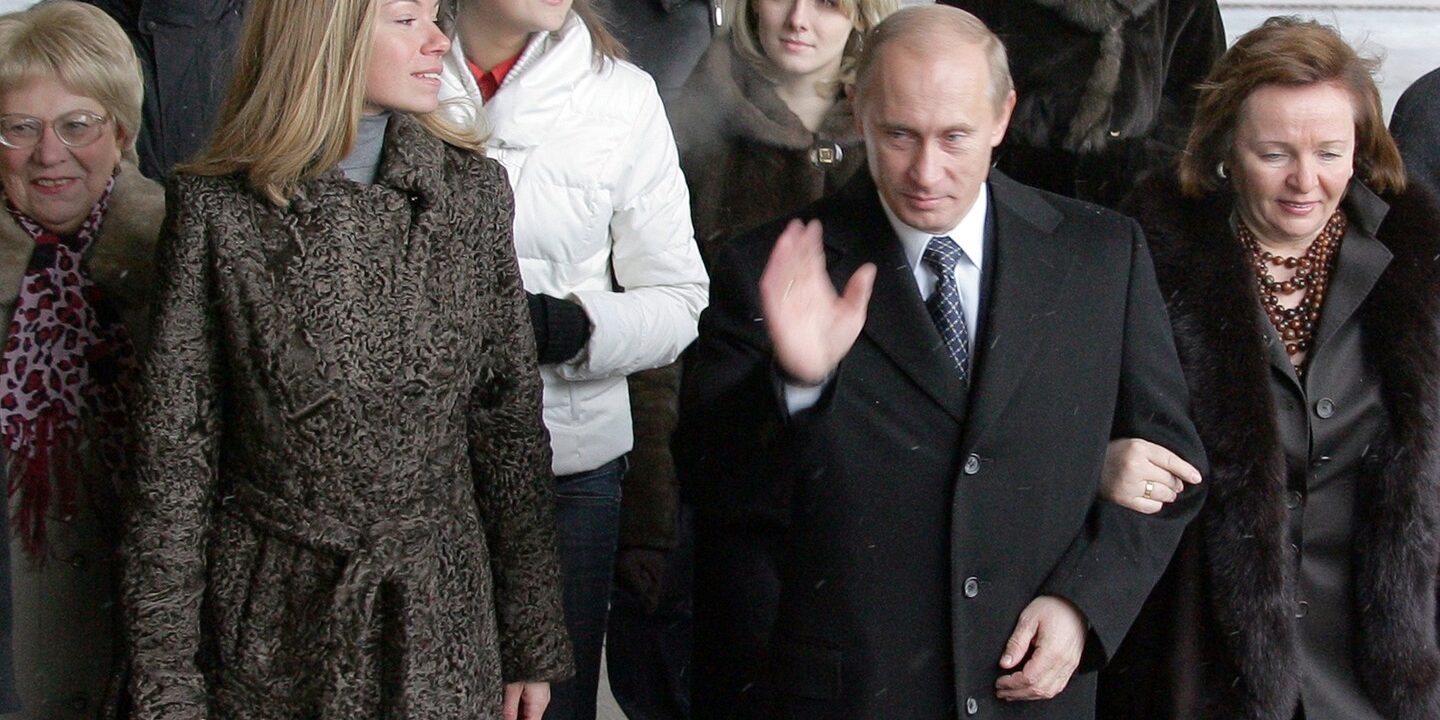 Russian President Vladimir Putin’s two adult daughters are among the targets of new sanctions the Biden administration rolled out Wednesday, with the U.S. response to potential war crimes in Ukraine casting a rare spotlight on the Kremlin leader’s family.

As investigators in Bucha, Ukraine, uncovered evidence of torture, beheading and dismemberment, as well as the intentional burning of corpses, Washington said it will work with allies to hold Moscow accountable for its wartime actions and further isolate Russia from the global economy.

Among the nearly two dozen Russian elites named in Wednesday’s sanction list are Katerina Vladimirovna Tikhonova and Maria Vladimirovna Vorontsova — widely considered to be Putin’s daughters from his first marriage with Lyudmila Putin, even though the Kremlin has never publicly recognized them as such.

Identified by the U.S. Treasury Department as Putin’s children, both women appear to work with and benefit from the Russian state apparatus. According to the department, Tikhonova is a tech executive whose work supports the Russian government and the country’s defense industry, and Vorontsova leads state-funded genetics research programs that have received billions of dollars from the Kremlin and are personally overseen by Putin.

The Biden administration has said it believes that many of Putin’s personal assets are hidden with family members. Sanctioning Tikhonova and Vorontsova is also symbolically important because the move “hits home” for Putin, more than the sanctioning of Russian oligarchs, said Steven Fish, a comparative political scientist at the University of California at Berkeley.

Exposing how Putin deposits wealth under the names of his relatives and friends also shows that his regime is “kleptocratic” and “nepotistic,” Fish explained, adding that, down the line, additional sanctions could be levied against the children of high-ranking Russian government officials to encourage disloyalty among his staff. (The wife and daughter of Russian Foreign Minister Sergei Lavrov were slapped with U.S. sanctions Wednesday, along with Putin’s daughters.)

Putin “wants to present this image of his regime as modern and rational … and so I think that exposing the fact that it’s just the opposite of that would be really a good idea,” Fish said.

The Russian leader has long preferred intense secrecy when it comes to his family. His official biography published on the Kremlin website lists only the first names of his daughters: Maria, who was born in 1985, and Katerina, born in 1986. The Russian investigative news outlet Proekt reported that Putin has a “secret” third daughter, a teenager whom he fathered with a lover, but the girl’s relationship with Putin has not been clearly established.

Even in the absence of official acknowledgment, Vorontsova’s and Tikhonova’s status and growing influence in Russia’s scientific and business communities are undeniable.

Since 2018, both have been appearing on state television in special reports about their respective projects. Last year, Tikhonova was a panelist at Russia’s premier business conference as the deputy director for the Institute for Mathematical Research of Complex Systems at Moscow State University. (Before that, she had competed for years as an acrobatic rock-and-roll dancer, Reuters noted in a 2015 investigation of her emergence in a new generation of Moscow’s elite.) Other guests on the panel included heads of Russia’s top universities, Russia’s justice minister and the chief of the country’s sovereign wealth fund.

Confronted in 2019 by a BBC reporter who asked Putin to confirm his relationship with Tikhonova and Vorontsova, the Russian leader dodged the question and instead told the journalist to do more research so that “you’ll understand what business they have and whether they have any at all and who owns what and who helps whom.”

Isabelle Khurshudyan and Mary Ilyushina contributed to this report.