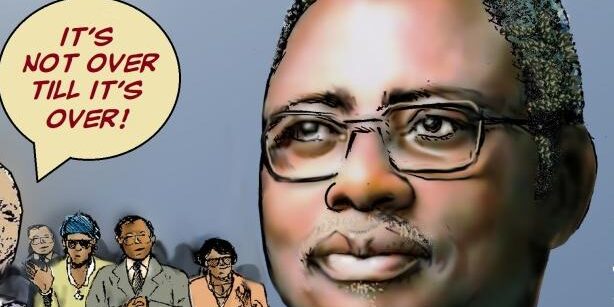 *It was many years back, in the late eighties to be precise, the remarkable Pastor Matthew Ashimolowo baptised me in Hackney in East London, in the United Kingdom, not too far from the humble beginning of the now diverse KICC, on Darnley road, the church he formed. Prior to being at Darnley road, the church was formed in North London with 300 members.

At the time, he was a leading Pastor at Foursquare Gospel Church, London. He didn’t know me but when he asked of my name and I told him just before immersing me in water, he asked…”are you the one who drew cartoons in Nigeria’s Punch newspapers?” I said yes and everyone laughed. I was an editorial cartoonist in Nigeria before I went to the U.S. to study at the Kubert school in Dover, New Jersey. Went back to Nigeria and I then relocated to the UK 4 years later. Now back to the baptism, there I was thinking if I had done a cartoon parody of Pastor Ashimolowo since he recognised my name before he immersed me.

OTHER NEWS ON EURWEB: Ye Told Kim K ‘He’s Going Away to Get Help’ – Do You Believe Him? 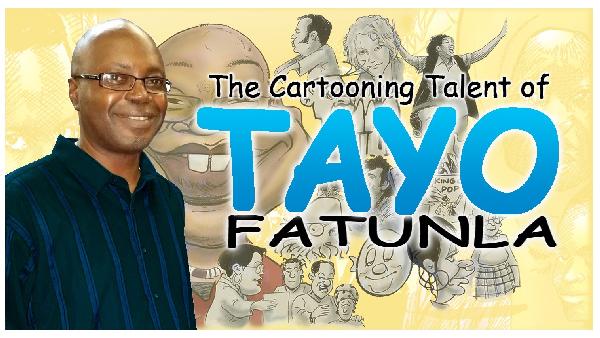 In Nigeria, I signed my cartoons, TAYO FATUNLA and later TAYO and so he recognised my name when I was called out to be baptised. Now, here is the good news, the water immersion went well. Pastor Ashimolowo dipped me in water…” in the name of the Father, Son and Holy Ghost” and brought me back up….phew!!! Pastor Matthew Ashimolowo has done a lot to take Black churches to another level in the UK communities and internationally from the early nineties. US ministers who have ministered and been guests at KICC included Bishop TD Jakes and Creflo Dollar. Pastor Ashimolowo has consistently been a dynamic gift as a Pastor and teacher and roles of mentor, businessman, and spiritual father. And most importantly, he is a human being…. “Let him who is without sin among you be the first to cast a stone…” – John 8:7

I celebrate with Pastor Ashimolowo on his 70th. Mention large Black churches in the UK, there is the possibility that KICC will get a mention.

TAYO Fatunla is an award-winning Nigerian Comic Artist, Editorial Cartoonist, Writer and Illustrator is an artist of African diaspora. He is a graduate of the prestigious Kubert School, in New Jersey, US. and recipient of the 2018 ECBACC Pioneer Lifetime Achievement Award for his illustrated OUR ROOTS creation and series – Famous people in Black History – He participated at UNESCO’s Cartooning In Africa forum held in Addis Ababa, Ethiopia and the Cartooning Global Forum in Paris, France and has held a virtual OUR ROOTS cartoon workshop for SMITHSONIAN- National Museum of African Art, Washington D.C. His image of Fela Kuti was used as a backdrop in the Burna Boy’s mega-Afrobeat hit song “Ye”. –– [email protected]