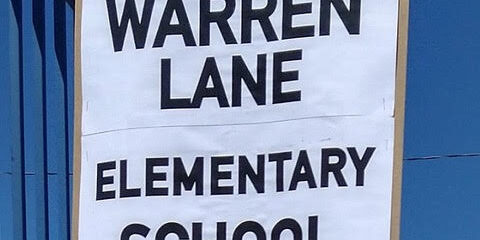 *What happens when you’re a vocal critic of bad decisions made by administrators at your local school district? If Inglewood Unified is your local school district, you might receive an email from one of their highest priced lawyers questioning your intelligence and warning you that he is determining if you’ve engaged in actions that could be interpreted as threatening to people.

The following is the email I received: Dear Mr. Bowers: I am in receipt of your email to Dr. Torres demanding a response to your Public Records Act Request (“PRAR”) concerning contracts or communications with TSS.

The District’s response which was sent 41 minutes prior to your email was fully compliant with its obligations. I cannot tell if you took the time to review the website contained in the District’s response. Assuming it took you 15 minutes +/- to draft your email to Dr. Torres you certainly did not have time to conduct a thorough review of the material to which you were directed.

Either way, the District has responded to your PRAR, and your email correspondence is moot. On a different but related note, I have been advised that you have been in communication with TSS and made various threats or comments or statements which could be interpreted as threats.

I am waiting for confirmation of the timing and content of those communications before taking any further action. I would, however, caution you that First Amendment rights do have limits and that in the heat of the moment people say things and/or threaten actions that take themselves outside of that protection.

I suggest you consider keeping that in mind. Finally, in the future please direct all further communications to the District to my attention.

Your communications are increasingly hostile and District staff and administrators are entitled to perform their duties without fear of harassment or threats no matter how much you a person may disagree with their actions.

Thank you for your attention to this matter and compliance with my request. David David M. Orbach, Esq. Orbach Huff & Henderson LLP.

The school district has experienced a significant decline in enrollment and closing some schools is fiscally responsible. The criteria they’re using to select which schools to close deserve scrutiny and criticism because they are not employing California Department of Education best practices.

Warren Lane has more attributes justifying keeping it open than shortcomings that justify closing it. Conducting research for the op-ed, I made a California Public Records Act (CPRA) request for information about Total School Solutions (TSS), the consulting company that recommended closing Warren Lane Elementary School.

I wanted to review the TSS contract because, according to the California Secretary of State’s website, their business license was suspended by the Franchise Tax Board. When a company’s business license is suspended, technically, they can’t legally transact business until it is resolved.

Orbach, a lawyer Inglewood Unified has on retainer, seemed fascinated by how fast I answered the email they sent me about my public records request.

He calculated my response time and concluded that no way was I capable enough to review the website as quickly as I did and conclude it did not have the information I requested. I don’t know if Orbach is a racist, but I find his timekeeping stunt and comments about my response time are. If he intended to insult me, he failed because I don’t care what he thinks.

Also, my correspondence was not “moot” because Inglewood Unified is hiding the TSS contract in violation of CPRA.

But what is more disturbing and insidious about Orbach’s email was his disclosing that he had “been advised” that I have “made various threats” and he’s “waiting for confirmation”.

I regard his disclosure as trying to be intimidating and bordering on character assassination. Now, if he is referring to anything I’ve written about the closing of Warren Lane, no one has commented that I’ve said anything threatening.

My contact with TSS was only to confirm the status of their suspended business license on the Secretary of State’s website. It’s clear to me what the school district lawyer is trying to do.

Dog whistle phrases like “increasingly hostile”, “heat of the moment”, and “before taking any further action” say to me, “you’re an out-of[1]control angry Black man and if you don’t back off, the law is coming after you.”

It looks like criticizing Inglewood Unified about closing Warren Lane touched a nerve, although the email does not mention Warren Lane.

But implying that my communications have been threatening to people, I feel, is a veiled attempt at getting me to stop criticizing a terrible decision. Orbach’s aggressive action on behalf of the school district needed to be exposed and rebuked, that’s the reason I wrote this op-ed.

Taxpayer dollars are involved. He is directing me to send any communications I have with the school district to his attention and he’s surely not reviewing them pro bono.

The Los Angeles County Office of Education has oversight responsibility for Inglewood Unified. The public deserves to know why a school district which is in state receivership is permitted to pay a lawyer to try to silence a community member exercising their First Amendment rights.