‘One Chicago’ Is Coming In Hot For Its Wednesday Return! 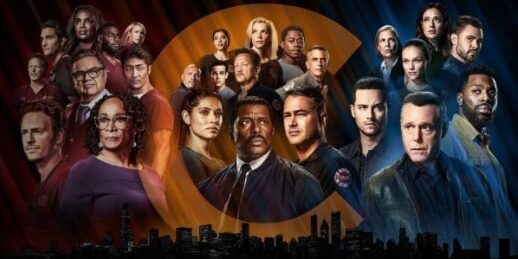 It’s the moment we’ve all been waiting for!

Fans can tune in games, special interviews and so much more throughout the day as they get ready for a blockbuster Wednesday to remember. The yearly tradition continues in 2022, as this year’s

Today, One Chicago Day will be presented as a one-hour virtual event for fans across the world. After the event, viewers will be greeted with brand new episodes of all three “Chicago” series on NBC, ending the franchise’s mid season hiatus.

EUR chatted with some of the stars of One Chicago.

“Voight is full of love. I’ve always said that. He’s totally motivated by love,” said Jason Beghe who plays Hank Voight on “Chicago P.D.” about if his character is ready for love or if he’s married to his job.

We can expect Voight to continue to get close to Anna Avalos (Carmela Zumbado) who he has developed a friendship with. The nature of their bond may be unclear, but showrunner Gwen Sigan has confirmed we will get more information on the duo in the season nine finale.

“Love and complication often go hand in hand. You definitely are going to have to see some “ish” hit the fan as they navigate the reality, now that it’s in front of them,” said Hanako Greensmith – who plays Violet Mikami – about her entanglement on “Chicago Fire.”

Over at “Chicago Med,” the big shocker is Kristen Hager has exited the series after only 14 episodes with the show. Her final appearance as Dr. Stevie Hammer came in an episode showing her character reconciling with her mother, moving to Michigan to give her marriage and estranged husband another shot.

Catch the One Chicago virtual event on their YouTube page – events include “the women of Chicago Med,” “fan theories of Chicago Fire,” and “a few of my favorite Chicago P.D.”

One Chicago returns April 6, starting at 8/7c on NBC.