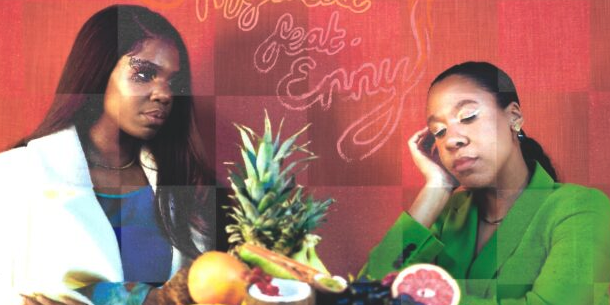 Mychelle has stumbled into her own garden of Eden, and has eaten “Forbidden Fruit” on her new single.

Spiced with mellow production elements that appeal to smooth jazz and R&B enthusiasts, the ENNY-assisted track shows how well Mychelle knows when it comes to someone who is no good. Now that the light bulb is starting to go off in her head, she realizes that she must find a way to get from under the cool shade of this person’s poisonous tree.

ENNY is a conscious addition to the track, spitting rhymes that mirror the imagery Mychelle nicely painted like a skilled MC.

“Such a pleasure to be part of this tune Mychelle made something beautiful and it’s an honor to grace her art,” said ENNY in a statement about appearing on “Forbidden Fruit.”

Mychelle brings “Forbidden Fruit” to life with a video directed by Portia Barnett-Herrin. She broke down the visual in a statement, saying, “The lyrics imply that there is a love interest, which there is, however in the video we decided against it and instead focused on my part to play.”

She added, “It showcases me being led into a place that I’m not familiar with. It’s as if I am toying with myself, which is what it can feel like when you keep going for something/ someone, even when you know deep down it isn’t right for you.”

“Forbidden Fruit” follows February’s release, “Younger Self,” supported by an animated video. Both songs lead up to Mychelle’s sophomore EP, Someone Who Knows, out May 20.