Midterms: What Have ‘Climate Hell’ and Inflation Reduction Act Got to Do with Decision 2022? 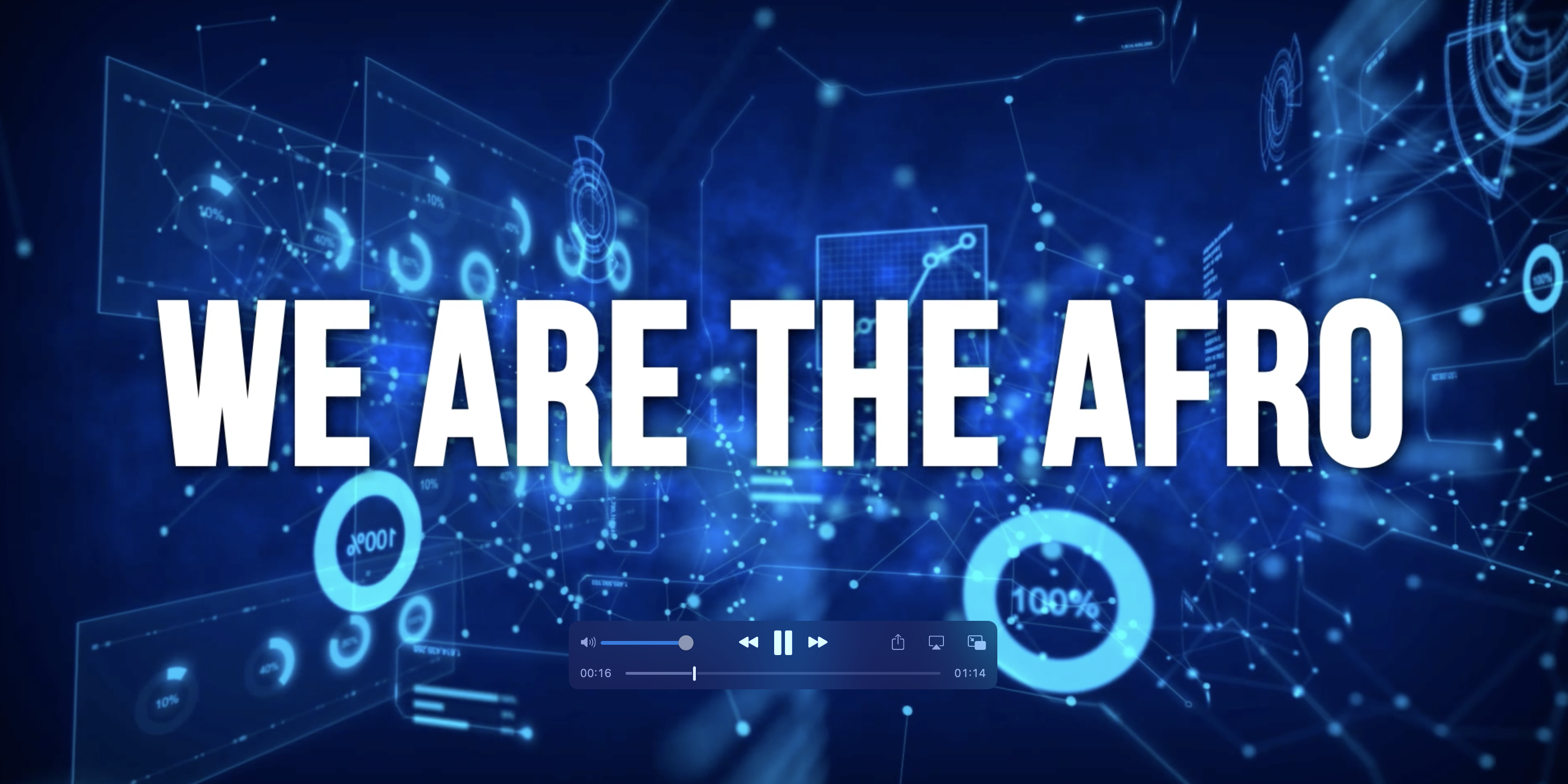 On Tuesday, November 8, 2022, the American eligible voters, 40 million of whom have already voted early, will cast their votes to express their preferences in the Decision 2022. Like in every election year, there are no shortages of issues. According to the CNN POLL conducted by SSRS on October 26, 2022, the most important issues for the likely voters are, in the order of importance, ECONOMY/INFLATION (51%), ABORTION (15%), VOTING RIGHTS (9%), gun policy (7%), IMMIGRATION (6%), CLIMATE CHANGE (4%), and CRIME (3%).

In the USA, a.k.a. “the Cradle of modern democracy,” “the land of the free,” and “the land of opportunity,” DEMOCRACY should be on the list of the most important issues, given the impact of the January 6th, 2021, big lies-based  Trump-inspired insurrection a.k.a. “failed coup” and the proliferation of voter suppression laws a.k.a. “Jim Crow 2.0” in so many states. I am afraid democracy, one of the American values that has been increasingly under assault and under existential threat, is not on the list. This is the case despite President Biden’s frequent reference to it, not only in his last summer’s speech on democracy and despite the bombshell testimonies regarding the twice-impeached and defeated 45th POTUS’ key role to undermine the U.S. democracy. I am referring to the testimonies presented by courageous and patriotic ‘Trumpublicans during the January 6th Committee Hearings.

Climate change, a crisis that has become an emergency for obvious reasons, is on the above mentioned list, but not as a priority, unfortunately. ECONOMY/INFLATION is the top priority. Truly speaking, the Biden administration and Democrats should score political points on this issue. This should be the case because the Inflation Reduction Act of 2022 that President Biden signed into law last August, was an economic measure par excellence. It was intended to deal with the inflation, a global problem for which some voters wrongfully blame President Biden. It is absolutely absurd that Republican politicians score good political points on economy when we all know that the voted against the very measure that was intended to resolve problems. Educated and caring voters cannot and should not forget and ignore this fact.

The U.S Election Day 2022 happens to coincide with an important global event, that is, the 27th Climate Conference or Conference of the Parties to the United Nations Framework Convention on Climate Change (UNFCCC) COP27 in Sharm el-Sheikh, Egypt, November 6- 11, 2022. Like COP26 and previous COPs, COP27 “represents the world’s last best chance to limit global warming to 1.5 degrees Celsius, turn the Paris commitments into action, and help build a sustainable future for all” (KPMG International).

Climate change, like democracy, is and should be among the top three issues of this election cycle for three reasons. First, U.S. and China are the two greatest contributors to the greenhouse gas emissions. As such this problem cannot be solved without their leadership. Second, we are running out of time and we cannot do what must be done now by placing climate change at the bottom of our priorities and as less important than economy/inflation. Third, today’s need for green economy is closely tied to climate change action plans. President Biden understood this point when he brought the U.S. back to Paris Accord after his climate denialist predecessor withdrew the country from the life-saving Accord. Moreover, Congressional Democrats have shown a better understanding of the issue based on scientific evidence. That is why IRA is also referred to as a Democrats’ climate bill.

Congressional Democrats united to do something meaningful for the American people, most of whom are living paycheck to paycheck, worrying about their future, and doing their best to cope with the impact of climate change, COVID-19, and inflation. IRA is a modified version of Biden’s original and more ambitious “Build Back Better” bill. IRA tackles such critical issues as climate and energy investments ($369 billion), tax reform ($400 billion), deficit reduction ($300 billion), drug price reform ($288 billion), etc. (Senate.gov). It deals with methane reduction, consistent with the COP 26 and Glasgow Climate Pact. Moreover, IRA covers Obamacare subsidies through 2024, environmental justice, electric vehicle tax credit, wage rates for clean energy jobs, and drought funding. Climate change is not “a hoax.” The lion’s share that IRA has given to climate is justified by the urgency to deal with the climate emergency also referred to as “climate hell” and “A Code Red for Humanity” (UN Secr. Gen. Guterres). Moreover, the Act is also intended to deal with the environmental justice for low-income communities that bear a disproportionate burden of pollution for which they are not responsible.

IRA is indicative of the U.S. government’s ability and willingness to not only talk the talk, but also walk the walk and lead globally by the power of its example. It is impossible to “Build Back Better for the World” if we are not able and willing to combat climate change; if we end up being homeless as the result of the anthropogenic climate change and ‘global burning’; if we are unable and unwilling to treat affordable and accessible health care as a basic human right for all, especially during global pandemics; if we allow those in power to play political ping-pong with the 99 percent’s hardships and fail to keep the inflation under control. Like the Affordable Care Act of 2010, IRA is a life-saving bill. It is good for the Americans’ well-being, for the planet, and for humanity. Thumbs up to Congressional Democrats and President Biden. They should have a wonderful Election if voters understand that ECONOMY/INFLATION, the most important issue for this year’s likely voters, is an issue that Dems are better positioned to tackle as they have done, than the MAGA Republicans. I hope that these reflections help somebody to understand what is at stake in these Midterms and vote as if their lives depend on it.

Believe it or not, ‘Climate Hell’ and Dems’ Inflation Reduction Act have a lot to do with Decision 2022

Thanks for caring about the future of Democracy in the USA! Merci! Gracias! Danke! Obrigado! Xie xie! Arigato! Gamsa hamnida! Cam on! Asanti! Botondi! Matondo!

Dr. Zekeh S. Gbotokuma is the founder of Polyglots in Action for Diversity, Inc. (PAD) & Associate Professor of Philosophy, Morgan State University. He is the author of numerous publications, including but not limited to OBAMANOMICS AND FRANCISCONOMICS: A Call for Poverty Alleviation, Fairness, and Welfare (Europe Books 2022), https://www.europebookstore.com/products/obamanomics-and-francisconomics-dr-zekeh-s-gbotokuma/ This book is the Second Place Winner of the MILAN INTERNATIONAL LITERARY AWARDS 2022; Democracy and Demographics in the USA (2020: Paperback: https://amzn.to/2KbcOUV eBook: https://amzn.to/35BsCbN); Global Safari (2015); A Pan-African Encyclopedia (2003).

The post Midterms: What Have ‘Climate Hell’ and Inflation Reduction Act Got to Do with Decision 2022? appeared first on AFRO American Newspapers .