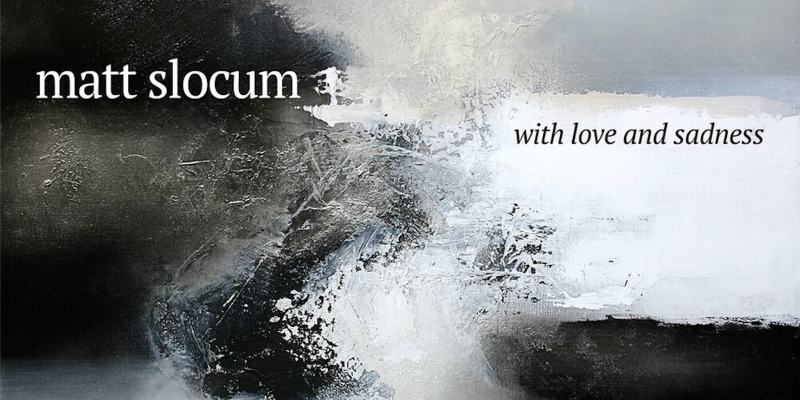 With six albums to his credit, drummer/composer Matt Slocum has established the one thing all musicians desire: a singular sound. Surprisingly, that sound isn’t based on Slocum’s drumming, which is often intricate and jewel-like, but on his compositions. Slocum’s last album, Black Elk’s Dream, shared the voice heard on With Love and Sadness: a thoughtful, meditative, at times truly American sound. With Love and Sadness brings a new element, the modern American mind, to bear on Slocum’s music.

Conceived during a trip to the Maine wilderness, the album (composed as a suite) reflects the recent, racially induced, justice-pursuing marches in U.S. cities and considers whether the American experiment is perhaps a failure. In his liner notes, Slocum writes, “Most of the piece follows a sonic trajectory moving away from optimism but clinging to a kind of blind hope and beauty (real or imagined) in our collective potential for change.”

Though the album hints at strife, it never arrives. In its unfurling a kind of rugged optimism appears, a chance for change. If Slocum believes, why can’t we?

Learn more about With Love and Sadness at Amazon!