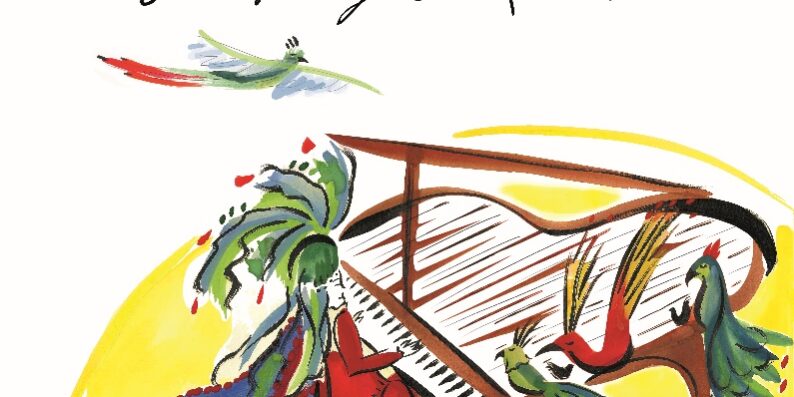 Jazz singer Marsha Bartenetti entered the studio confident, eager to take on what some artists would find to be a daunting challenge. The vocal interpreter was tasked with recording a collection of songs penned by Jane McNealy and Alice Kuhns that McNealy selected to preserve the songwriting team’s legacy, the album that may serve as the final musical statement from the composers who’ve spent more than fifty years writing music for records, theater, film and television. Inspired by her stage four cancer diagnosis and Kuhns’ declining health, McNealy handpicked music from her catalogue of jazz, pop, soul, funk and folk tunes and spared no expense to record them as she always intended them to sound. The album, “Marsha Bartenetti sings McNealy & Kuhns,” dropped Friday via McNealy’s Lo-Flo Records.

Bartenetti was drawn to be “the voice” of the project by the duo’s evocative lyrics that tell resonant stories of longing and hope. The songs on “Marsha Bartenetti sings McNealy & Kuhns” explore love on the run (“Running Around”), yearning and desire (“Love”), love to a Latin American and Afro Cuban beat (“One Day at a Time”), an imaginative and fantastical dreamscape on romance (“What Is Today Without You”), unrequited love (“I Never See That Rainbow Anymore”), and an optimistic farewell served with a slice of nostalgia (“Kite in the Clouds”).

Bartenetti, who is also an actor and a prominent voiceover artist, exquisitely renders the emotion apropos of the weighty assignment with aplomb. Surrounding her elegant, inviting and expressive voice are lavish orchestrations and deft arrangements crafted by Mike Watts that were recorded by an orchestra in the famed Studio A at Capitol Records.

In March, the album opener, “Why Does The Sky Keep Changing,” dropped as a single and a video, and was lensed to premiere in conjunction with the album release. The dramatic number written for the McNealy and Kuhns-penned musical “Gauguin,” about the French Post-Impressionist artist, is illumined by sublime strings and Bartenetti’s impassioned, captivating performance.

“Marsha Bartenetti sings McNealy & Kuhns” is a jazz vocal album capable of standing alongside a collection of contemporary classics and standards culled from the great American songbook. As the album arrives, the radio promotion campaign launches to introduce more listeners to the McNealy and Kuhns songbook as brought to life by Bartenetti.

Available now on CD and digitally at iTunes, Amazon and all major retail outlets, “Marsha Bartenetti sings McNealy & Kuhns” will be available on vinyl this summer.

“This classy retrospective of a life’s work is given fine voice…If you’ve got a taste for Broadway ala Sondheim, this is sure to whet your whistle…Classy throughout.” – Midwest Record

“Though ‘MARSHA BARTENETTI SINGS JANE MCNEALY AND KUHNS’ will be filed as a jazz vocal album, it’s stylistically much more diverse – smooth and sophisticated, it’s a 21st century take on the Great American Songbook, of which Jane McNealy was a key contributor.” –Soul&Jazz&Funk

“Jane McNealy’s Lo-Flo Records has released one of the most exquisite and resonate recordings in its repertoire.” – Sounds of Timeless Jazz

“The musicians on this project, recorded at Capitol Studios, are masters and you can tell.” – The Pulse of Entertainment/EUR Web