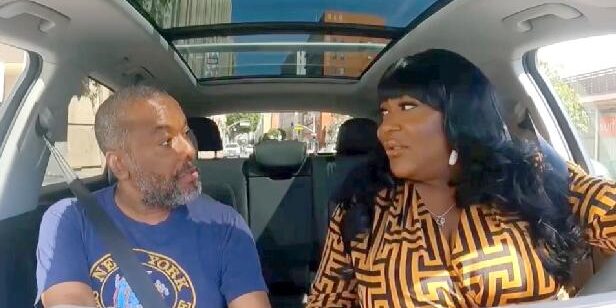 Some highlights from the interview:

“When you’re a crystal meth recovering addict and a [recovering] alcoholic, you never take it in. I don’t think my work is ever good enough,” said Lee Daniels when asked how he feels when his films get snubbed.

“You can’t critique what you don’t know,” said Lee Daniels about critics who don’t like his films.

“That’s what happened with Empire. [White People] came in, and if you watch that first season it was bananas, the second season it was almost bananas, and then the white hands got on it,” said Lee Daniels about how Empire fell victim to the many shows that fail because they aren’t from the right perspective.

YOU CAN STREAM TURNT OUT WITH TS MADISON HERE

ABOUT TURNT OUT WITH TS MADISON

Turnt Out with TS Madison is a variety talk show bringing late night entertainment loud, live and in color! Inspired by Saturday Night Live and In Living Color, this 1-hour show includes pop culture talk, comedic sketches, celebrity interviews and live performances. Viewers will not only laugh but will also be exposed to discussions on social issues impacting the community. The first season was a huge hit with audiences, and quickly rose to the top as one of FOX SOUL’s best performing shows. You can catch new episodes every Wednesday at 6:00 PM PT / 9:00 PM ET.

FOX SOUL is a free streaming platform serving unapologetically black, consumable by all entertainment that shares your voice, your truth, and your stories 24 hours a day, 7 days a week. The FOX SOUL network provides a platform and programming that speaks directly to the community where they can be seen and heard, yet enjoyed by everyone. It is the first online streaming service launched by Fox Corporation.