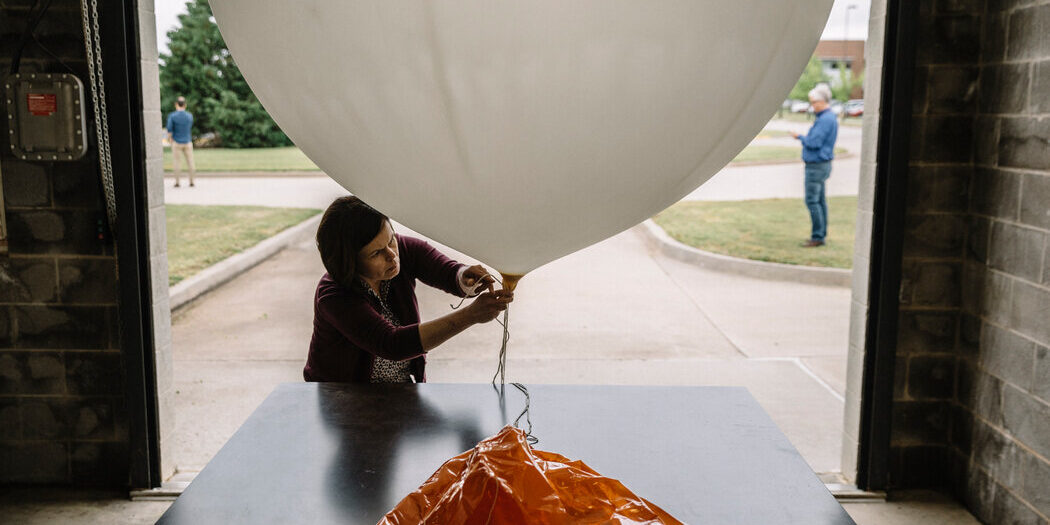 The National Weather Service has cut back on weather balloon launches at some of its sites because of shortages of hydrogen and helium used to lift them, potentially affecting forecasts and weather and climate research.

The cutbacks, coupled with the closing of a launch site on Cape Cod last year that has yet to reopen, could especially affect forecasting in the New York-New England area, some scientists said.

The agency said it would use data from balloons launched at nearby sites and from its other sources, including ground-based sensors, satellites and commercial airliners. While balloons have certain advantages, including the ability to make observations up to a height of about 20 miles, “This temporary adjustment will not impact weather forecasts and warnings,” the agency said in announcing the cutbacks last week.

But Troy Kimmel, a meteorologist in Austin, Texas, and a lecturer at the University of Texas there, said any reduction in observations was concerning. “It’s very important in our atmospheric modeling to be able to have this information,” he said.

“We can’t go back and get that data,” said Sandra Yuter, a professor at North Carolina State University and an expert on remote sensing of meteorological data. “We’re going to have big gaps.”

Dr. Yuter said the cutbacks showed that the weather service was not placing high enough priority on weather balloons, which have been a staple of the agency’s observations for nearly a century.

The gas shortages are a solvable problem, she said: “If you consider something important then you solve the problem.”

Susan Buchanan, a spokeswoman for the National Weather Service, said, “We take this situation seriously and are pursuing all avenues to resolve it.”

“The upper air observing program remains a key contributor to our analyses, model data assimilation, and for our forecasters’ situational awareness,” she said.

Weather balloons, which are about 5 feet in diameter when launched, carry a small, expendable package of instruments called a radiosonde that transmits data on temperature, pressure and relative humidity as the balloon rises into the upper atmosphere. The balloon eventually bursts and the radiosonde descends by parachute to the ground, where it can be recovered and reused.

Balloons are used around the world and are usually launched at specific times twice daily, 12 hours apart. The data is fed into computer models that provide short- and longer-term weather forecasts, and also becomes part of large long-term databases used in weather and climate research.

The weather service announced on March 29 that, effective immediately, flights from nine of its 101 launch sites in the United States and the Caribbean would be reduced “due to a global supply chain disruption of helium and a temporary issue with the contract of one hydrogen supplier.” The agency said it expected additional sites would be affected.

The helium market has been affected this year by problems at the main domestic source, in Amarillo, Texas, and by a fire in January at a major new plant in Russia.

The affected sites are all in the East, from Tallahassee, Fla., north to Buffalo and Albany in New York. Five use helium and four use hydrogen. Flights would be reduced to one a day and eliminated completely on days with good weather, in order to conserve gas for launches during hazardous weather, the service said.

On Monday Ms. Buchanan said helium had been delivered to one site, in Greensboro, N.C., and a full launch schedule had been resumed. But some of the other affected sites had or would soon completely run out of gas, she said. The issue with the hydrogen supplier had been resolved, but it was unclear when deliveries of the gas would resume.

By measuring conditions through the air column, radiosondes provide information that is crucial to understanding and forecasting the evolution of storm systems. Even if the weather is calm, collecting that data could be important, Mr. Kimmel said.

Deadly combination. Global warming is greatly increasing the risk that extreme wildfires in the American West will be followed by heavy rainfall, a new study has found, highlighting the need to be prepared for mudslides and flash floods after the flames from severe blazes are out.

Ice shelf collapses. For the first time since satellites began observing Antarctica nearly half a century ago, an ice shelf has collapsed on the eastern part of the continent. The 450-square-mile ice shelf was located in an area known as Wilkes Land; the loss occurred in mid-March.

Australia’s Great Barrier Reef. A wide stretch of the Great Barrier Reef has been hit by a sixth mass bleaching event, an alarming indicator that the area is under intense stress from the waters around them, which have been growing steadily warmer as a result of climate change..

“Who’s to say that that calm weather pattern is not going to affect what they forecast for other places?” he said.

Dr. Yuter said that balloon data helps scientists understand the structure of the atmosphere and “feeds into our understanding of what will happen as the climate changes.”

One of the affected helium sites is in Upton, N.Y., on Long Island. It is the closest launch site to New York City, which is about 50 miles to the west.

The weather service was forced to close its station in Chatham, Mass., on Cape Cod, in March 2021 because of erosion. The agency is working to select a site for a new station as soon as possible, Ms. Buchanan said.

Without Upton and Chatham, a large stretch of the Eastern Seaboard, from Wallops Island, Va., to Portland, Maine, is not covered by balloon launches.

Adam Sobel, an atmospheric scientist at Columbia University, said that while the weather service was facing a “tough situation,” he did not think their statement that there would be no impact on forecasts was credible.

“The N.W.S. claim that the loss of several radiosonde stations in a high-population region has no impact on the forecast was accompanied by no supporting evidence,” he said.

The weather service faced another disruption in its data gathering ability in recent years. Around the world, commercial jets routinely and automatically provide weather data to the weather service and similar agencies in other countries. During the first months of the coronavirus pandemic in 2020, with air travel reduced by about 75 percent, those observations fell by about the same amount.

A study by scientists from the National Oceanic and Atmospheric Administration found that the loss of data affected the quality of one of its weather forecasting models.