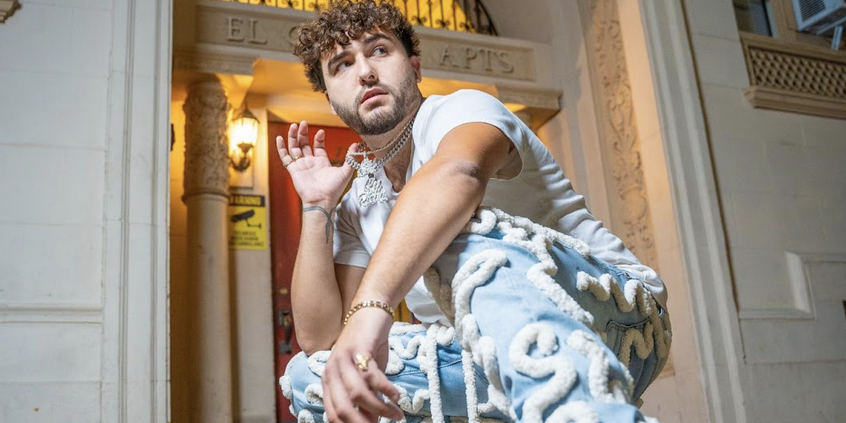 California native and independent hip-hop music artist, Ky Richy has just released his newest single “Got Me” featuring YungXO. This single is the second track from his newly released album, “No Sad Faces”. It is available and streaming across all the usual platforms.

The music video for “Got Me” is directed by Pod Dawg Studios and produced by Makii. The chill vibe of this track is captured in the opening scenes showing the artist, Ky Richy, riding a jet ski and chilling around a white Benz with his toddler son, and playing electric guitar on the beach at sunset. The cinematic visuals bring a smooth imagery that beautifully complements the song’s vibe onto screen.

The singer/songwriter skilfully fuses hip-hop, R&B, pop-rock, and indie to create a soothing and engaging listening experience which is rapidly growing his fan base. The artist has previously released three albums: Pink Cloud in 2018, Switchblades and Roses in 2019, and Summer Nights After Quarantine in 2020. His single “Feeling My Vibe” skyrocketed the artist’s popularity, garnering over 700K plays on Spotify and YouTube alone and hit the Shazam Top 50 chart in California and the Bahamas.

Musically and creatively he has collaborated with renowned artists such as YungXO, Dee Dot Jones, Naj Ahngeaux, Jay Delaine, and James Duer.

The talented young artist, Ky Richy writes and records his own music. He enjoys collaborating with his team of highly talented individuals which include his manager and booking agent Conrad Cosby as well as audio engineer Pete Rodriguez.

Now that he has released his new single and music video for “Got Me”, Ky Richy is rapidly becoming one of the most sought-after upcoming artists in urban culture, thanks to his pure, innovative and cross-genre approach to music. Richy loves to experiment with Indie, Hip Hop, R&B, and Pop-Rock music and has many artistic talents such as designing graphics and visuals.

Richy, who was born and raised in the Bay Area of California, not only wants to entertain people but he wants to encourage his audience to become the best version of themselves. He has big plans for the future where he intends to launch his Studios4Students charity project, giving back to the community he grew up in. He aims to start by assisting the children of Sacramento and then continue to expand around the state and the nation.

Showcasing his versatility, Richy has released Pink Cloud in 2018, Switchblades and Roses in 2019, and Summer Nights After Quarantine in 2020. He then took a short break in 2021, when he became a father, devoting himself to his family. In 2022 No Sad Faces came out, comprising 10 tracks, among which are “Got Me,” “On the Clock,” and “Pressure.”

In June 2022, Richy kicked off his “No Sad Faces” Album tour where he traveled around 13 cities in the US promoting the album.

The single “Got Me” is out now and streaming across all the usual platforms – add it to your playlists for a mellow listening experience.

The post Ky Richy releases new single “Got Me” appeared first on Singersroom.com.