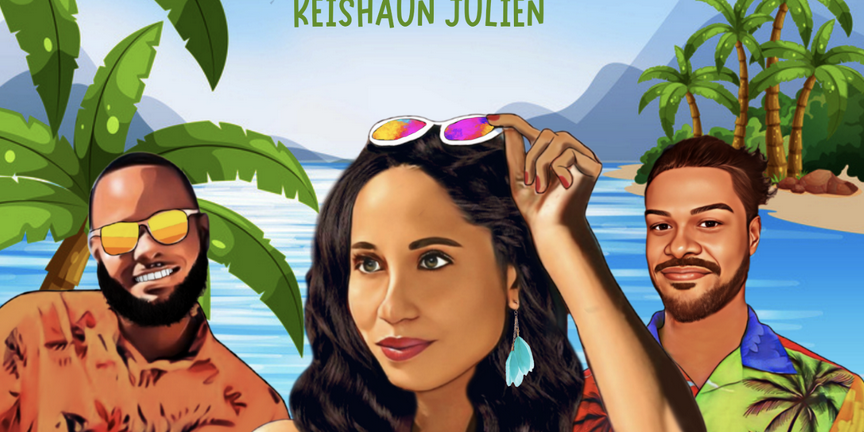 (New York – June 3rd 2022) New York based singer-songwriter Kayana officially kicks off the start of summer today with the release of her new single ‘Paradise’ – out now on all major streaming platforms.

Written and produced by Kayana and recorded at Goldheart Studios, ‘Paradise’ channels the sound of summer with a Caribbean vibe.

Kayana wrote ‘Paradise’ last winter while dreaming of warmer climes. Her sound combines a fusion of steel drums, her powerful voice and a Caribbean beat which transports you to a tropical climate.

Kayana says: “With this year’s summer jam, ‘Paradise’, I wanted to tap into my Caribbean roots and create a tropical vibe. After two pandemic summers, I am finally looking forward to a summer filled with tropical vacations, chilling on the beach, and maybe even a summer fling. We’re excited to bring the song to life this summer!” Music runs in Kayana’s family. Her mother is a classical and jazz pianist who taught her to play piano when she was just three years old. She now plays clarinet, saxophone, acoustic guitar and the ukulele. Her primary instrument is the oboe, and she is currently the principal oboe player for the United Nations Symphony Orchestra.

She’s a self-taught songwriter, where she has been writing original songs and posting them on YouTube since early adolescence. This process has helped her to develop both as an artist and as a way of processing her emotions. Kayana says: “I’m not always the best at expressing my thoughts and emotions. Music allows me to do just that. It’s my form of therapy. As a half Black artist emotionally affected by the acts of hate towards Black Americans in 2020, I used music as a means of activism and launched my debut single “I Can’t Breathe.” Since then, I’ve focused on improving my song writing and producing skills to self-produce and launch several singles. I plan on continuing to develop my skills as an artist and find opportunities to collaborate with other artists.”

If you would like to request an interview with the artist, have any further questions or would like to feature any of their music on radio or include in playlists please get in touch.