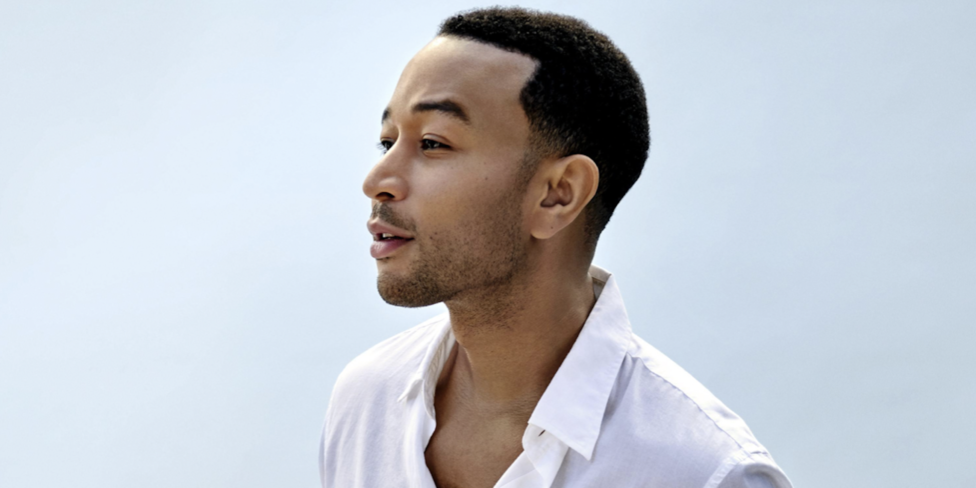 Music has the power to heal and shine a light during dark times. John Legend’s new single “FREE” is a powerful anthem for anyone facing adversity.

Penned and produced by Legend himself, “FREE” is a poetic tune that is rooted in the gospel. Legend wrote the song in the wake of Russia’s attack on Ukraine, which left more than 1,400 Ukrainians dead and has displaced more than four million Ukrainians from their homes.

“Let it wash through the valley / Soar to the mountains / Fall in the deepest blue sea / Let it fly ‘cross the sky / A banner so high / That even the rockets will see,” sings Legend.

The 13x Grammy winner debuted “FREE” live at the 64th Grammy Awards on Sunday night. His stirring performance included an appearance from Ukrainian singer Mika Newton, whose sister is serving in the Ukrainian army, and poet Lyuba Yakimchuk, who fled the country days ago.

Ukrainian-American Siuzanna Iglidan played the bandura, as Legend belted the bone-chilling lyrics from his signature piano.

“‘FREE’ was inspired by the spirituals and hymns of my enslaved and oppressed African-American ancestors, who were inspired by the Old Testament story of Moses leading his people to liberation from slavery,” Legend said in a statement.

“I wrote ‘FREE’ after a week of seeing the horrific images of the senseless, brutal invasion of Ukraine by a regime with no moral justification–no right to kill, dominate and subjugate the Ukrainian people, no right to silence the will of the people in a democratic nation.

I know I can’t end any wars with a song, but I had to write this song as my prayer, my contribution to the chorus of voices calling for peace and freedom for all people. I hope each of us can find our own way to contribute to this chorus. May we drown out the voices and forces of hate, bigotry and authoritarianism. May we make our world truly FREE.”

On Monday morning, Legend urged his fans to pledge their support to one of the following organizations: UNICEF, CARE, CORE, World Central Kitchen or International Rescue Committee.

“Since the conflict began in Ukraine, more than 4 million refugees have fled their homes and a Ukrainian child has become a refugee almost every single second. Globally, more than 84 million people have been displaced and are without a home to go back to. Rain down freedom, rain down ‘til we’re all FREE,” he wrote on Instagram.

On the eve of the Grammys, Legend was presented with the first-ever Global Impact Award by the Recording Academy’s Black Music Collective for his “personal and professional achievements in the music industry.”

“John is one of the most important artists of our time, someone who leads by example and pushes important boundaries consistently across music, philanthropy and activism. His contributions and impact to music and our culture are unparalleled.”

Summer Walker paid tribute to Legend with a special performance.

“I am excited to partner with Republic Records in this next chapter of my career,” Legend said. “Everyone at the label has been so wonderful to work with. I am thrilled to take this new artistic and creative journey with them and look forward to sharing new music with people soon.”

On April 22, Legend will launch his Las Vegas residency at Zappos Theater at Planet Hollywood Resort & Casino. He will perform 24 shows through Oct. 29.

It’s been nearly two years since Legend released an album. His seventh LP, Bigger Love, was meant to provide optimism during a challenging time. It won Best R&B Album at the 63rd Grammy Awards in 2021.

Listen to “FREE” by John Legend below.