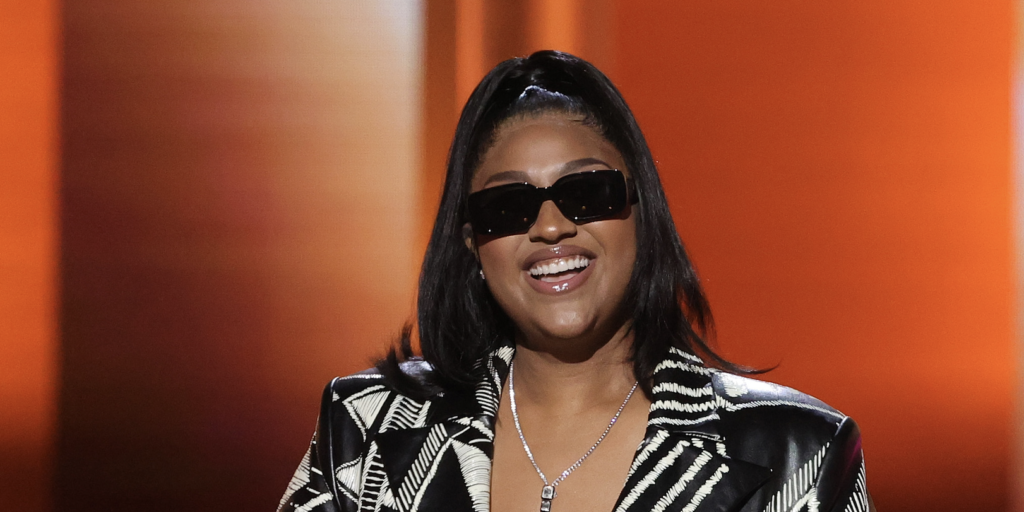 After earning 15 Grammy nominations over 13 years, Jazmine Sullivan can finally call herself a Grammy winner.

The Philadelphia, Pennsylvania, native won her first Grammy on Sunday evening. Her platinum-selling single “Pick Up Your Feelings” tied with Silk Sonic’s “Leave The Door Open” for Best R&B Performance at the 64th Grammy Awards pre-telecast, hosted by LeVar Burton.

“I wrote this project to deal with my own shame and unforgiveness around some of the decisions I made in my twenties that weren’t favorable,” Sullivan said in her acceptance speech.

“But what it ended up being was a safe space for Black women to tell their stories, for us to learn from each other, laugh with each other and not be exploited at the same time and that’s what I’m most grateful for.”

She added, Shout-out to all Black women who are just living their lives and being beautiful.”

Sullivan released Heaux Tales on Jan. 8, 2021. The project debuted at No. 1 on Billboard’s Top R&B Albums chart, with 43,000 equivalent units sold in the first week.

In January 2022, Sullivan released a deluxe edition of Heaux Tales, which featured five new tracks and five new tales, including a tale from Sullivan herself.