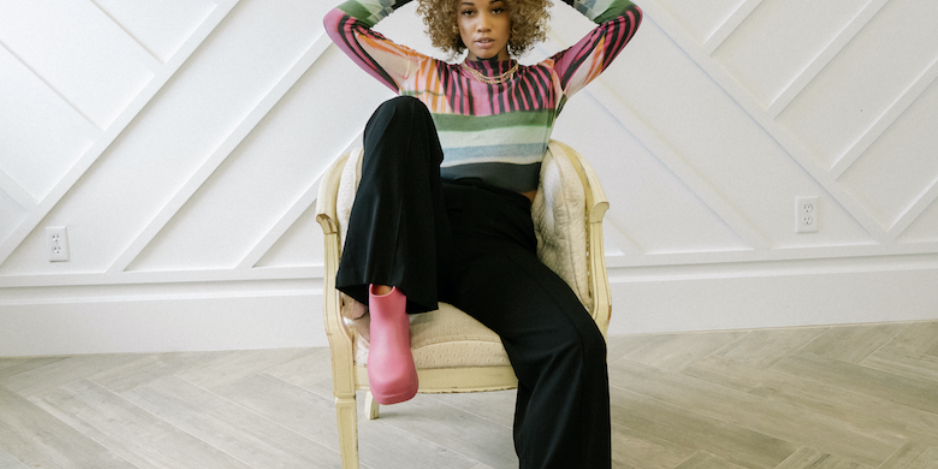 Talented pop/R&B singer/songwriter, Jaeden Zoe has just released her debut single “What is Love”. This debut single is the first track from her upcoming debut album scheduled to be released later this Fall.

The artist, Jaeden Zoe, was inspired by love songs from both past and present. The talented Houston-based artist penned “What is Love” which is a velvety track which reflects upon the many delicate layers to falling in love.

Image alt text: Single cover art for “What is Love”

This Brooklyn (NY) native is no stranger to entertaining and performing. She honed her craft early on by captivating audiences with both her poetry and dancing. She was a member of Ingersol Dance Troupe and she graced the famous Apollo Theater stage – where she placed first during one of her early appearances at this iconic venue. After moving from New York to Los Angeles, she went on to appear on various reality television shows, including BET’s Chasing Destiny, a talent styled docuseries with chart-topping singer/actress Kelly Rowland at its helm. She also appeared on the Not Safe Show with Nikki Glaser as well as Jimmy Kimmel Live.

Jaeden Zoe is not only a talented singer and songwriter. She has also worked as a muse and a model – walking in both New York and Los Angeles Fashion Week for renowned designers such as Sara Angelucci ARMATURE, Kristin Silvestri Armour & Arrows and Marco Hall.

Jaeden Zoe’s debut single “What is Love” is out now and streaming across all the usual platforms. Add this one to your playlists, particularly if you like artists such as Corinne Bailey Rae, Muni Long or H.E.R.