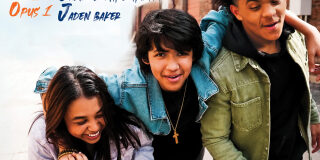 Multi-instrumentalists Justin Lee Schultz, Jamie Lee Schultz and Jaden Baker, aka J3, might only be teenagers but are already leaving their indelible mark on the world of contemporary jazz.  Of course Justin Lee Schultz was only thirteen when he shot to fame with his debut album, ‘Gruv Kid’.  It included featured performances from the likes of Bob James, Harvey Mason, Najee, Jonathan Butler, Gerald Albright, and Pieces Of A Dream but now Justin has teamed with his sister Jamie and musical friend Baker to create the album ‘Opus 1’ that will be released April 15 on the Shanachie Entertainment label.

Ahead of that comes the first single, ‘Hela’ which in every respect is a superb slice of rhythmic high end smooth jazz.