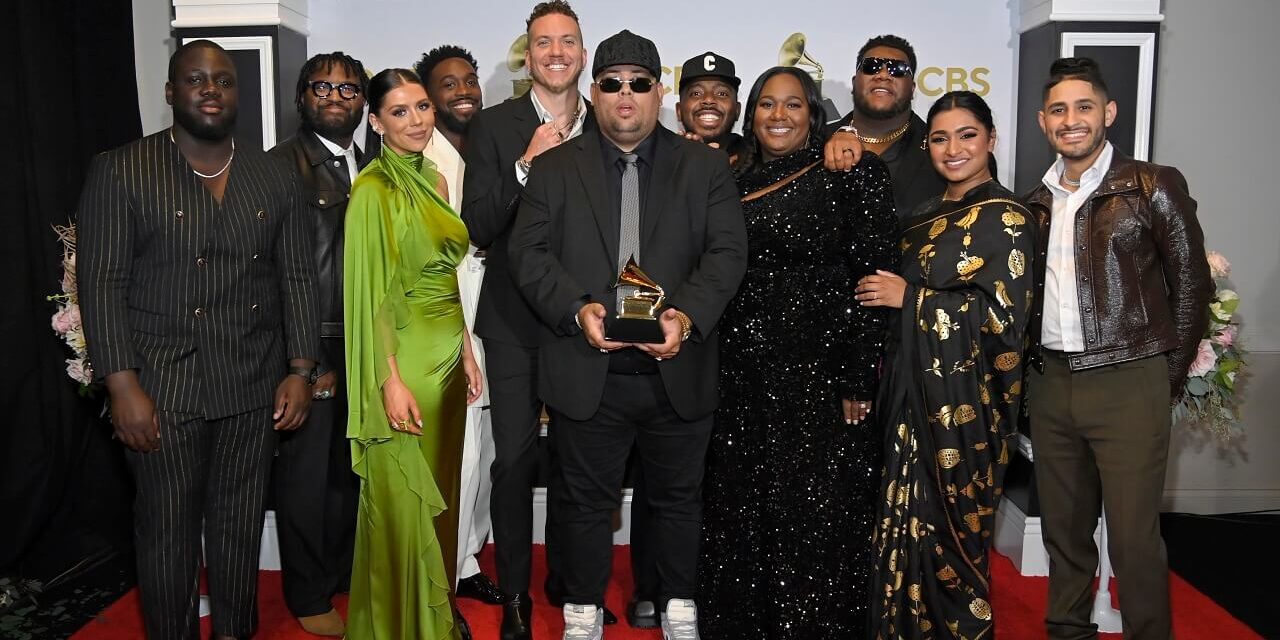 Multi-platinum super group Maverick City Music today have become GRAMMY Award winners after taking home the award for Best Contemporary Christian Music Album for Old Church Basement with Elevation Worship.  The moment was punctuated with a very special performance of their No. 1 smash hit “Jireh” from the top of the MGM Grand.

Of the win, co-founder of Maverick City Music Tony Brown says, “Maverick City Music started with a dream to make the most segregated hour in America, Sunday mornings, an ancient pastime. Breaking barriers by being nominated in every inspirational GRAMMY category is only the beginning. The empowerment of every unlikely voice is what’s next for Maverick City.”

Maverick City Music recently announced their largest co-headline arena tour to date with Kirk Franklin.  The tour, dubbed Kingdom, begins on June 1st and will make stops in 37 cities in North America including Atlanta, Toronto, Nashville, Los Angeles and more before wrapping up in Denver, CO at Ball Arena on July 31st.  They will be joined by Jonathan McReynolds and Housefires on all dates.  Tickets are now available HERE.