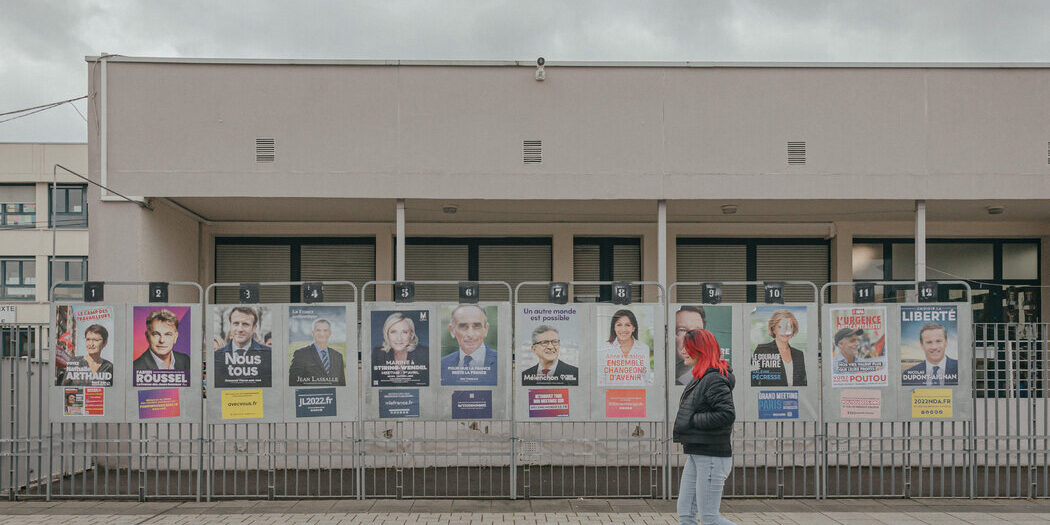 PARIS — The French are going to the polls this month to choose their president, who holds the most powerful office in France and has considerable control of domestic and foreign policy, in one of the European Union’s most populous and influential member states.

The war in Ukraine has dominated news coverage in France and largely overshadowed the campaign. President Emmanuel Macron has been accused of using his status as a wartime leader and Europe’s diplomat in chief to avoid facing his opponents and cruise into a second term, with some critics worrying that the lopsided campaign has lacked substantive debate.

But the race has opened up recently with a surge from his main challenger, Marine Le Pen, the far-right leader with an anti-E.U., anti-NATO and pro-Russia platform that would reverberate globally if she won.

Here is what you need to know about the vote, which will be held over two rounds on April 10 and April 24.

France, a nation of over 67 million people, is the world’s seventh-largest economy, the world’s most visited country, one of five permanent members of the United Nations Security Council and a nuclear power. It is a founding member of the European Union and a key driver of its policy.

France’s next president will have to help the country navigate two forces currently buffeting Europe: a brutal Russian invasion of Ukraine that has displaced millions on the continent’s doorstep, and a pandemic-related economic recovery that is straining supply chains.

What are the powers of the French presidency?

French presidents have formidable powers at their disposal — more than most Western leaders, with fewer of the checks and balances that limit the executive branch in other countries.

Unlike British prime ministers or German chancellors, who are chosen by the parties that control the most seats in Parliament, French presidents are elected directly by the people for five-year terms. Shortly after that election, France returns to the polls to vote for representatives in the National Assembly, the more powerful house of Parliament, where terms also last five years.

Having both of those elections on the same five-year cycle strongly increases the likelihood that France will vote in lawmakers who back their newly elected president, meaning French presidents do not need to worry as much as some other leaders about internal party turmoil or midterm elections. France’s prime minister, as the head of government, plays an important role in the constitutional system, as does Parliament. But the president, who appoints the prime minister, sets much of France’s agenda.

There are 12 official candidates, but polls suggest that only a handful have a shot at winning.

The current favorite is Mr. Macron, 44, a former investment banker who was elected in 2017 with little political experience and is running for a second term. He was elected on the ruins of France’s traditional political parties with a strong pro-business platform. He overhauled the labor code, eliminated a wealth tax and reformed the national railway company. But his reformist zeal was tempered by massive strikes over his pension reform plans, Yellow Vest protests and the coronavirus pandemic. The war in Ukraine put him ahead in the polls but his lead has dwindled recently, to roughly 25 percent in voter surveys.

Mr. Macron’s main challenger is Ms. Le Pen, 53, the perennial far-right leader who is running for the third time and who lost to him in 2017. She leads the National Rally, a movement long known for antisemitism, Nazi nostalgia and anti-immigrant bigotry that she has tried to sanitize and turn into a credible, governing party. Ms. Le Pen has faced criticism of her past sympathy for President Vladimir V. Putin of Russia, but inflation and rising energy prices play well into her protectionist platform. She is currently polling in second place, with about 20 percent support in voter surveys.

Several candidates are jostling for third place and polling between 10 and 15 percent, hoping for a last-minute surge that would send them into the second round of voting.

Jean-Luc Mélenchon, 70, is the leader of the far-left France Unbowed party, and the left-wing candidate best positioned to reach the runoff. A veteran politician and skilled orator known for his fiery rhetoric and divisive personality, he has vowed to invest in green energy, lower the legal retirement age, raise the monthly minimum wage and redistribute wealth by taxing the rich. He also wants to radically overhaul France’s constitution to reduce presidential powers.

Valérie Pécresse, 54, is a politician who presides over the Ile-de-France region of France, an economic and demographic powerhouse that includes Paris. She is the candidate for Les Républicains, the mainstream French conservative party. Several of her economic proposals, like raising the legal retirement age to 65, are similar to Mr. Macron’s. But in an election where more radical voices have set the tone of the debate on the right, she has taken a hard turn on issues like immigration and crime, leaving her struggling to stand out from other right-wing candidates.

Éric Zemmour, 63, is a far-right writer, pundit and television star who has been a fixture in the French media for years but whose campaign, with echoes of Donald J. Trump, has scrambled French politics. He is a nationalist who conjures images of a France in steep decline because of immigration and Islam, and he has been convicted multiple times for running afoul of laws that punish defamation or acts provoking hatred or violence on the basis of race and religion. His prospects have recently been fading.

The remaining candidates are polling in the single digits and have little chance of reaching the runoff. Among them are Anne Hidalgo, 62, the mayor of Paris and the candidate for the moribund Socialist Party, and Yannick Jadot, 54, the candidate for the Green party, which has struggled to make headway despite growing support in France for environmental causes.

How does it work?

A candidate who gets an absolute majority of votes in the first round of voting is elected outright, an unlikely outcome that has not occurred since 1965 — the first time a French president was chosen by direct popular vote. Instead, a runoff is usually held between the top two candidates.

French election regulations are strict, with stringent limits on campaign finances and airtime, and with financial and logistical support from the state that is intended to level the playing field. (Still, many news outlets are owned by the rich, giving them an avenue to influence elections.)

At 8 p.m. on Election Day, April 10, the French news media will work with pollsters to publish projected results based on preliminary vote counts. That will give a good indication of who is expected to make it into the second round, but if the race is close, projections might not become clear until later. Official results will be available on the Interior Ministry website.

The two runoff candidates will face off in a televised debate before the second round of voting, on April 24. If Mr. Macron isn’t re-elected, the new president will have until May 13 to take office. Attention will then shift to the elections for the National Assembly. All seats there will be up for grabs, in a similar two-round system of voting, on June 12 and June 19.