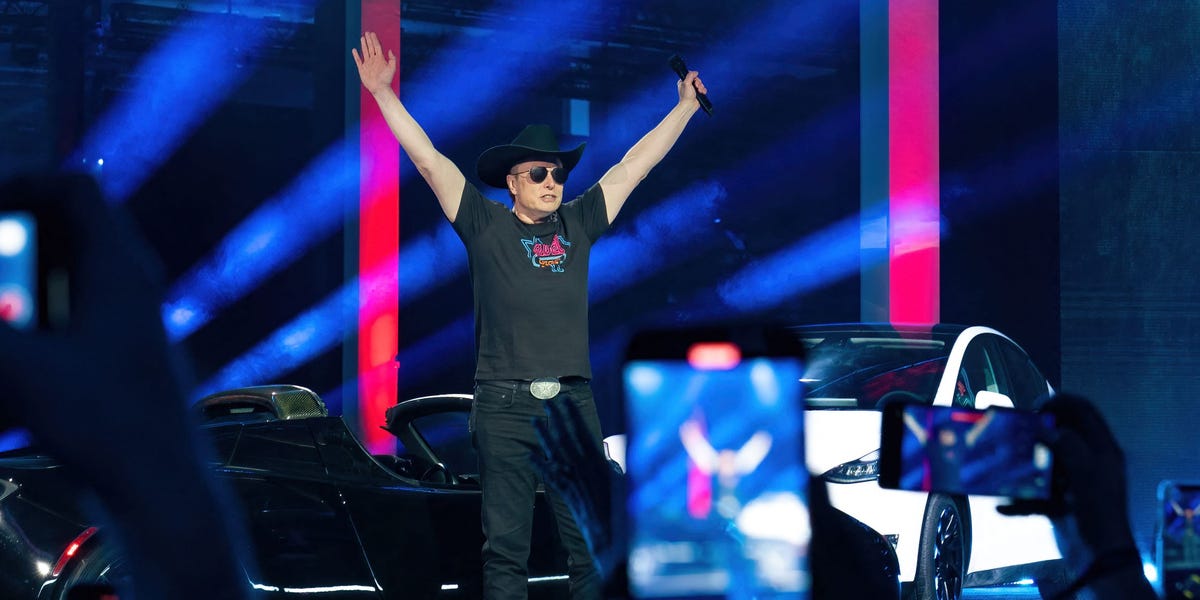 Elon Musk demonstrated on Thursday how big Tesla’s new Texas factory was, saying the company has calculated that 194 billion hamsters can fit inside.

Musk was speaking at Tesla’s opening event for its new $1 billion factory, known as Giga Texas, based in Austin, Texas. The “Cyber Rodeo” party, which was livestreamed, featured drone lights, a Tesla vehicle hanging from the ceiling, and blow-up cacti.

“According to our calculations, you can fit 194 billion hamsters into this building,” Musk said on stage in front of a crowd of thousands of people.

The factory is as big as three Pentagons, he said. “If you put building on its side, it’s taller than the Burj Khalifa — that’s to scale,” he said.

Tesla’s slideshow presentation at the event showed that Giga Texas stands at 1,166 meters tall on its side, while the Burj Khalifa skycraper in Dubai is 829 meters tall and the Eiffel Tower in Paris measures 338 meters high.

After the presentation noted that the factory had a volume of 338 cubic feet, Musk said it was the largest factory building in the world by volume. Giga Texas also stretches out to 15 city blocks long, per the presentation.

Tesla’s Texas Gigafactory is the company’s sixth major factory, Musk said. The electric vehicle manufacturer’s other plants are based in Shanghai, Berlin, New York, Nevada, and Fremont in California.

Musk said Tesla chose to build a factory in Austin because the company ran out of room in California, where its headquarters are located. “We need a place where we can be really big and there’s no place like Texas,” he said.