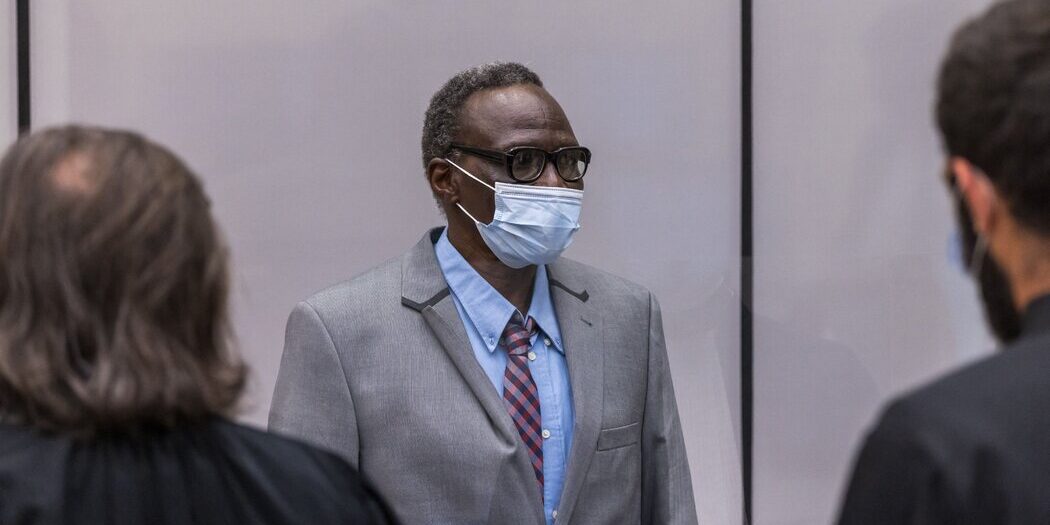 They were known as the janjaweed, the armed militia men who came racing on camels and horses at dawn, moving fast to kill and rape, burning huts and leaving another village destroyed in the Darfur region of Sudan’s impoverished far west.

Their leader, Ali Kushayb, stood out for his ruthless efficiency in the government-led campaign to crush a 2003 rebellion in Darfur.

On Tuesday, a defendant by that name went on trial at the International Criminal Court in The Hague, where he is charged with 32 counts of war crimes and crimes against humanity, including persecution, pillaging, murder and rape, all of which he denies.

Mr. Kushayb is the first suspect to be tried on charges of playing a major role in the bloody campaign that took more than 200,000 lives and drove more than two million people from their homes.

His lawyer has said the court has the wrong Kushayb.

But prosecutors say they have evidence that the man on trial is the same one who was indicted in 2007 for his role in more than 300 murders and the expulsion of some 40,000 civilians in 2003 and 2004. They said he recruited, armed and supplied hundreds of militia men under his command and was the liaison between them and the Sudanese government in the country’s capital, Khartoum.

Mr. Kushayb’s arrest in 2020 caught prosecutors by surprise. The court said he surrendered to local authorities in a remote part of the Central African Republic, where he had settled after also leading a troupe of violent mercenaries there.

It was not clear if Mr. Kushayb knew that the United States had offered a reward for his capture. But questions remain about why — or whether — he turned himself in.

Other, higher-ranking actors in the brutal Darfur campaign are wanted by the court, especially Sudan’s former military ruler, Omar Hassan al-Bashir, and two of his senior associates, including his defense minister. All of three have been indicted on charges of crimes against humanity, war crimes and genocide.

Mr. al-Bashir always flouted his arrest warrant, arguing that the International Criminal Court, which he called a racist proxy for the West, had no jurisdiction over him or Sudan, and he urged all African countries to withdraw from it. Mr. al-Bashir’s three decades in power ended in 2019, raising hopes that he might be sent to The Hague for trial. But these hopes have faded after a fresh military coup last October brought back members of the old guard.

The blood bath in Darfur in the early 2000s shocked the world. Intensive news coverage triggered an outpouring of sympathy and created the international movement Save Darfur. Few people might have known where Darfur was, but action groups spread images of the tens of thousands of Black Darfuris fleeing the scorched-earth campaign by Sudan’s government and its Arab militia gangs, ostensibly intended to quash several rebel groups.

A United Nations Commission found that both the government and the rebels were guilty of atrocities, but it said that the government forces had bombed villages from planes and helicopters and had resorted to violence on a far greater scale, committing crimes “no less serious and heinous than genocide.’’

In 2005, the public outcry led the United Nations Security Council, for the first time, to ask the International Criminal Court to open a criminal investigation, and the court issued arrest warrants.

But no arrests were made until that of Mr. Kushayb.

Some lawyers and human rights activists have welcomed the case, even after all the years of delay and with only a single suspect in the dock.

“Since the atrocities began in Darfur there has been near-total impunity, and in some cases alleged abusers have even been rewarded,’’ said Elise Keppler, an associate director at Human Rights Watch. “Abuses continue to this day in Darfur, no doubt because there is no accountability.’’

But the Kushayb case has underlined the limitations of the International Criminal Court’s reach. For all its ambitions, the founders gave limited powers to the permanent court whose mandate is to try the worst crimes against humanity, war crimes, genocide and aggression.

The court depends on a government’s political will and cooperation to allow serious investigations, which require access to archives and police and government records, and sometimes to do forensic work in prisons and graveyards. And the court has no police to enforce its arrest warrants.

Karim Khan, who took over as the court’s chief prosecutor last year, joined his predecessor in chiding the Security Council for sending the Sudan case to the court 17 years ago without providing political muscle or financial help to support the necessary work. Investigations in Darfur were halted some eight years ago after a prosecutor said all potential means of access were blocked in Sudan.

Still, lawyers familiar with the Kushayb case appear confident that it can lead to a conviction because the defendant is accused of having been present in the area where and when killings took place and investigators have had access to hundreds of victims in refugee camps across the Sudanese border in Chad. The indictment against Mr. Kushayb says that he “is alleged to have personally participated in some of the attacks against civilians’’ in at least four towns.

Experts say, however, that it will be harder to connect all the dots needed to hold Mr. al-Bashir, the former president, and his two top lieutenants accountable for their suspected crimes because such a prosecution, especially one that takes place a great distance from the atrocities, typically requires documents, orders, testimony from insiders, intercepts and other evidence that can be difficult and time consuming to obtain.

Even if Mr. al-Bashir and his former lieutenants were to arrive at the court unexpectedly, it would take time to put them on trial because their cases were halted,

Mr. Kahn, the prosecutor, told the U.N. Security Council in January that he was satisfied with the case against Mr. Kushayb.

“I realize that the evidence, particularly against Mr. al-Bashir and Mr. Hussein, needs strengthening,’’ he said.