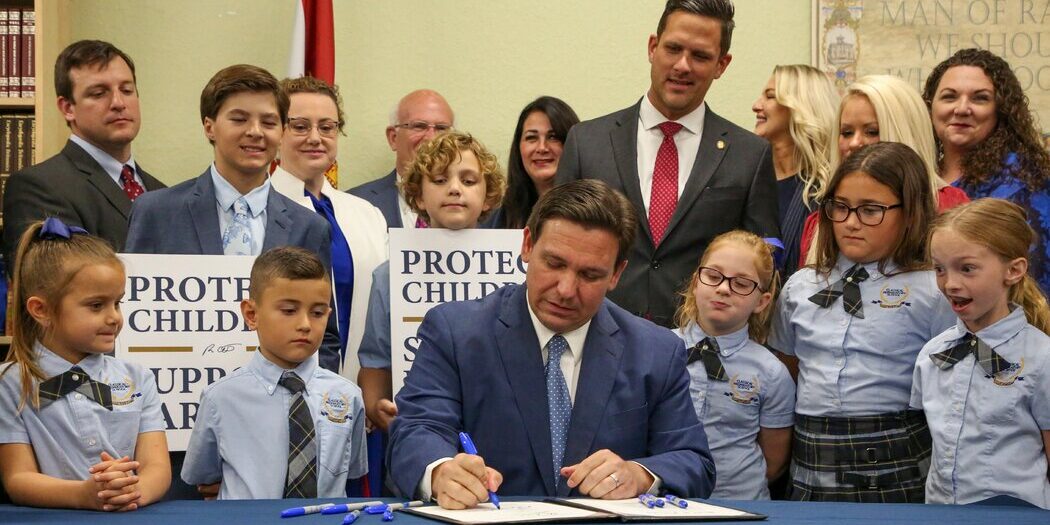 For a few years, the battles over L.G.B.T. rights seemed to be fading from the American political scene.

The Supreme Court legalized same-sex marriage in 2015, and most Americans supported the decision. During the past few national campaigns, most Republican politicians — including Donald Trump, who called himself a friend of the gay community — largely ignored L.G.B.T. issues. One of Trump’s Supreme Court appointees, Neil Gorsuch, even wrote the opinion in a 2020 case that protected gay and transgender workers from job discrimination.

But the brief political truce on L.G.B.T. rights appears to be over. In more than a dozen states, Republicans have recently passed laws restricting those rights. In the Senate, Republicans used Ketanji Brown Jackson’s confirmation hearing to call attention to some of the same issues that the new laws cover, even though Jackson’s judicial record had virtually no connection to them. (The Senate confirmed her yesterday.)

What explains the change? Today’s newsletter offers two explanations and also provides an overview of recent L.G.B.T.-related laws across the country.

After Barack Obama won re-election in 2012, the conventional wisdom on both the right and the left was that the Republican Party needed to moderate its approach to social issues to win over younger voters in a diversifying country.

Trump’s 2016 campaign rejected this advice. He instead moved left on economic issues, like trade and Social Security. On some hot-button cultural issues, like crime and immigration, he moved farther right. On others, he showed relatively little interest — but promised cultural and religious conservatives that he would defer to them once he was in the White House.

“Trump’s view was, ‘Give them what they want,’” said our colleague Jeremy Peters, who writes about this history in “Insurgency,” his recent book. “He understood that if he did that, most of all by filling the federal judiciary with conservatives, they would continue to be the cornerstone of his base.” As president, Trump also went back on his pro-L.G.B.T. rhetoric and restricted transgender rights.

This approach has emboldened cultural conservatives on multiple issues, including abortion, gun rights, affirmative action and voting rights. As Stuart Stevens, a longtime Republican strategist and Trump critic, told us, “Many in the party see that they no longer need to pretend and they can go back to voicing what they really believe.”

The new conservative aggressiveness is the first factor that helps explain the recent flurry of laws restricting L.G.B.T. rights. The second factor is the political opportunity that some Republicans now see: They recognize that public opinion on gender identity and transgender rights is more conservative than it is on same-sex marriage.

Some of these issues of gender identity are also unavoidably vexing, involving conflicts between one person’s rights and another’s. For example, should transgender girls always be allowed play girls’ sports — even if male puberty gave them physical strength that provides a competitive advantage? (Some feminists and female athletes say no, and some transgender women are torn.) When should schools start to teach children about gender identity? Should schools be required to tell parents if a child switches gender identity at school?

On several of these questions, Republicans see an opportunity to cast Democrats as out of touch. “The right is using trans identity among kids as the wedge,” says our colleague Emily Bazelon, who writes about legal issues.

Bazelon points out that this political strategy relies partly on lies that seem intended to stoke fear and hatred. In Florida, for example, some Republicans have falsely suggested that schools’ lessons about sexuality are really an attempt to “groom” students.

Our summary of the recent laws follows.

One example: The law’s preamble calls for “prohibiting classroom discussion about sexual orientation or gender identity.” That phrase has led to opponents’ nickname for the law: “Don’t Say Gay.”

In Texas, Gov. Greg Abbott has required teachers and other adults to report parents they suspect are providing such care to their children. Abbott has also ordered state officials to investigate parents for child abuse in these cases, although a judge has blocked the order for now.

The Alabama Legislature passed a similar bill yesterday. If the governor signs it, the law would threaten doctors and nurses with up to 10 years in prison.

The American Medical Association has described these measures as “a dangerous intrusion into the practice of medicine.” Azeen Ghorayshi explained some of the difficult choices that families and doctors face in a recent Times article.

In the past three years, governors in 13 states — including Arizona, Iowa, Montana and West Virginia — have enacted laws that restrict transgender women and girls from playing female sports in public schools. In several states, though, governors — both Republicans and Democrats — have vetoed such laws.

One was Utah Gov. Spencer Cox, a Republican, who said that the law unfairly targeted a tiny number of transgender children “looking to find a sense of connection and community” through sports. Most could compete without causing any unfairness to other athletes, he added. For the rare cases with legitimate questions about safety or fairness, Cox favored creating a commission to make decisions.

The Utah Legislature overrode his veto last month and enacted the law. After the original bill passed the State Senate, Cox appeared on television and spoke directly to transgender children. “Look, we care about you,” he said. “We love you. It’s going to be OK.”

Programming note: I will be away until Tuesday, April 19, and my colleagues will be writing The Morning while I’m gone. — David Leonhardt

Russia’s invasion is more evidence that globalization is over, David Brooks says.

This robot wants to make you better at Wordle.

WordleBot — a new project from our colleagues at The Upshot — analyzes your entries after you’ve played and explains how you could have done better. The tips are meant to help you solve Wordle puzzles quicker.

The bot works best if you use the same browser that you use for Wordle. Play it first; then visit the WordleBot.

The Upshot’s program recommends two opening words: CRANE in regular mode, and DEALT in hard mode. It won’t judge if you start each day with a random pick — variety is the spice of life.