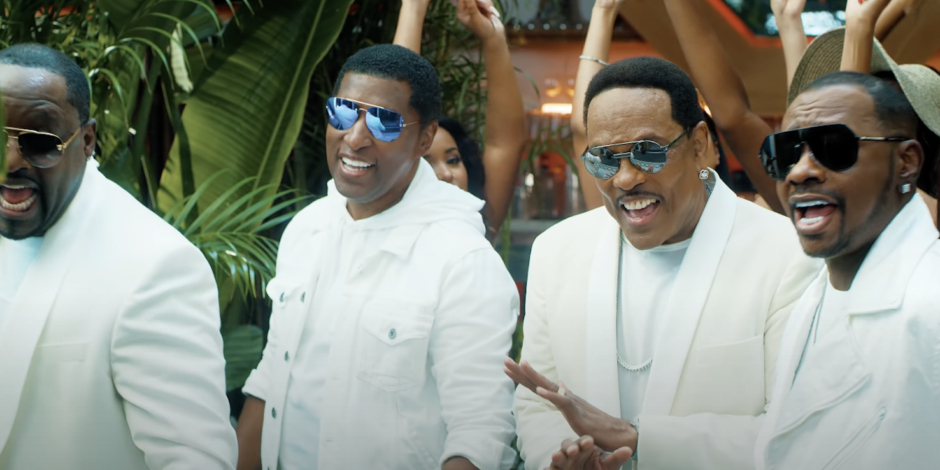 Charlie Wilson has released an official video for his new single “No Stoppin’ Us” featuring Babyface, K-Ci Hailey and Johnny Gill.

The video opens with the four legends, all dressed in white, at a day party surrounded by women, dancing and having a good time. The fun doesn’t stop there. After a quick outfit change into flashy attire, the R&B gents bring the party indoors, where they continue to catch their groove.

Babyface wrote on Instagram, “We had a blast shooting a music video for #NoStoppingUs.”

“No Stoppin’ Us” interpolates McFadden & Whitehead’s 1979 disco classic “Ain’t No Stoppin’ Us Now.” It’s Wilson’s first single since 2020’s “All of My Love” featuring Smokey Robinson, “One I Got” and “Forever Valentine.” The latter tune was co-written and co-produced by Bruno Mars. Grammy and Oscar-winning producer D’Mile also contributed to the love song.

Wilson is currently on New Edition’s Culture Tour along with Jodeci. The tour, which began in mid-February, concludes on April 10 at FXT Arena in Miami, Florida. They will play in Jacksonville, Tampa and Savannah before then.

Babyface is also on the road. He’s co-headlining the Full Circle Tour with Kem. They will visit major cities such as New Orleans, Atlanta, Houston, Las Vegas and Las Vegas, before wrapping up on May 15 in Oakland.