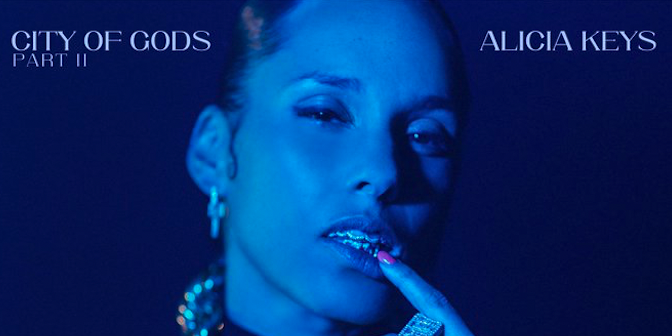 Alicia Keys knows a thing or two about turning a New York City hip-hop anthem into a piano-laded masterpiece. The 15x Grammy-winning singer, songwriter and producer has released “City of Gods (Part II),” a stripped-down version of the hard-hitting track that she originally appeared on with Fivio Foreign and Kanye West.

Written and produced by Keys, “City of Gods (Part II)” features two new verses from Keys. It keeps the same unforgettable hook, as heard in part one, which interpolates The Chainsmokers’ 2015 track, “New York City.”

Keys sings in the first verse, “City of Gods / City of dreams / City with nothing / Except for what it seems / They’ll never take you / Away for me / Because I see nothing / But a vanity.”

As mentioned, this isn’t Keys’ first time flipping her featured vocals into a full song. Following the success of Jay-Z’s 2009 hit “Empire State of Mind” featuring Keys, which spent five weeks at No. 1 on the Billboard Hot 100, she wrote a response song, “Empire State of Mind (Part II) Broken Down” that appeared on her fourth album, The Element of Freedom.

“City of Gods (Part II)” is Keys’ first solo song of 2022. In December 2021, she released her double album, KEYS, composed of a stripped-down side (Originals) and remixed side (Unlocked) that she co-produced with Mike WiLL Made-It. In an interview with Rated R&B, Keys shared the concept behind the album.

“It is an invitation for all of us to show up to ourselves and not hold back any part of ourselves,” she explained. “I think a lot of us oftentimes feel like we have to dim it down and small it down. No, I refuse it anymore. I invite us all to refuse it because there’s a power and a special energy that we all have.”

KEYS is the follow-up to her 2020 album, ALICIA, which won Best Immersive Audio Album at the 64th Grammy Awards this past Sunday. At the end of 2020, Keys reissued ALICIA with two new tracks, including “A Beautiful Noise” with Brandi Carlile.

The empowering tune was nominated for Song of the Year at the 64th Grammys. Keys told Rated R&B that the nomination was “a blessing.”

She added, “That song is so powerful because it was a momentum builder for all of us getting behind the election and being motivated to be a part of the cultural change that you want to see. That song was written by women, produced by women, sung, and recorded by women.

It’s a powerful statement of how you can create the change that you want to see. I love that song because it’s gorgeous, but it also means something. For it to be there for Song of the Year makes me feel so good.”

Outside of music, Keys is keeping herself busy with other endeavors. On March 1, she released her young adult graphic novel, Girl on Fire, named after the title track of her fifth album. She also recently partnered with lifestyle brand Athleta to help promote drive awareness and access to women’s well-being.

Listen to “City of Gods (Part II)” by Alicia Keys below.