A Banner Night for Jon Batiste at the 2022 Grammy Awards 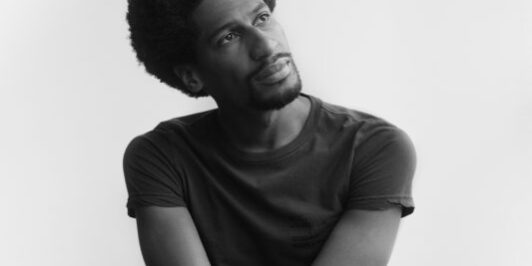 When Jon Batiste was nominated for 11 Grammy Awards back in November, across a dizzying range of genres (including classical!), it seemed that the members of the Recording Academy might be interested in making a statement this year. Yes, Batiste is one of the few jazz musicians of our time who can with some justification be called a mainstream star; his regular bandleading gig on The Late Show with Stephen Colbert certainly helps in that regard. But he’s not exactly on the same commercial level as a Taylor Swift or a Billie Eilish. And the Academy wasn’t really honoring him as a jazz player per se. It was honoring him as an all-around musician, someone whose eclectic tastes, undeniable skill, and easygoing manner are respected and admired by just about everyone in his industry, regardless of category. The kind of musician, in other words, whom the Academy would dearly love to hold up as a global ambassador: young, gifted, and Black, to borrow a classic phrase from Nina Simone; comfortable with tradition but in no way a stylistic throwback; and unafraid of taking on any new challenge he meets.

The coming of Omicron and the resultant rescheduling of the 64th Annual Grammys at a new venue significantly delayed the making of this statement. But last night (April 3), at the MGM Grand in Las Vegas, it still came through loud and clear, as Batiste won five awards, including Album of the Year for his 2021 album We Are, and put on a dazzling performance of “Freedom,” showcasing his pianistic, vocal, and dancing talents and providing, for this viewer at least, the high point of the evening. The Academy has spoken: Jon Batiste is, as far as Grammy voters are concerned, the face of American popular music in 2022.

His Album of the Year acceptance speech cemented that, as he not only engaged in the customary awards-ceremony chivalry of praising his fellow nominees but also went well beyond it, with words that surely must have resonated in the ears of everyone who heard them. “I believe this to my core,” he said. “There is no best musician, best artist, best dancer, best actor. The creative arts are subjective and they reach people at a point in their lives when they need it most. It’s like a song or an album is made and it’s almost like it has a radar to find the person when they need it the most.” Who among us does not agree?

Batiste was far from the only winner, of course. Jazz and jazz-related categories offered a mix of sure things and surprises. The highly decorated Chick Corea’s Grammy collection continues to grow even after his February 2021 passing. He received two more last night—one for Best Improvised Jazz Solo and one for Best Latin Jazz Album—bringing his total to 27, which makes him fourth on the all-time list. The latter award was shared with fellow pianists Eliane Elias and Chucho Valdés; Elias is the headliner on the winning album, Mirror Mirror, with Corea and Valdés as her alternating duo partners. Tony Bennett and Lady Gaga’s Love for Sale picked up two awards, Best Traditional Pop Album and Best Engineered Album, Non-Classical. The 95-year-old Bennett now has 20 Grammys and is the second oldest person to receive one (the oldest was blues pianist Pinetop Perkins, at 97).

A complete list of jazz and jazz-adjacent awards given out at the 2022 Grammys is below. For the full list of winners and nominees in all categories, go to grammy.org.

Album of the Year

Jon Batiste: We Are

Best Arrangement, Instrumental or A Cappella

Vince Mendoza: “To the Edge of Longing (Edit Version)” (from Freedom Over Everything)