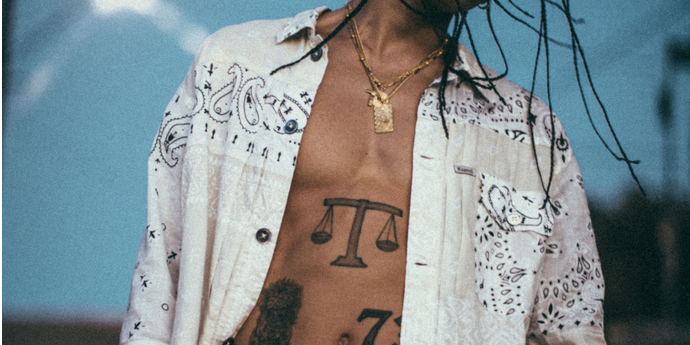 The first generation Vietnamese/Chinese American artist, Spence Lee is releasing his newest single “On God” on Friday, October 28th. This single marks his first release with 88Rising in a partnership venture with Mike WiLL Made-It / EarDrummers Records. The music video was directed by Jason Ano and the song was produced by B-Rackz.

Spence Lee told Singersroom what inspired him to write this song:

“The song is a motivational song written through positive affirmations, almost like a prayer. It reflects on my story, which gives me hope in the present and faith in my future. On God means I’m standing on God as my foundation. And every line is true, hence the term “On God”.”

The music video “On God” shows Spence praying to his higher power. The music video cleverly features a younger Spencer learning piano and photos and is infused with his memories of childhood to his current success.

The lyrics resonate with lines about staying true to yourself and keeping on your own path:

Spence made his debut at 88Rising’s Head in the Clouds Forever 2022 Set and has been seen in the new American Eagle Summer/Fall Campaign on the modeling side.

The talented musician, Spence Lee, from New Jersey was formerly known as Shotta Spence. Spence Lee is an all-encompassing creative: a trendsetting designer, fashion icon, eclectic visual artist, and so much more.

His ability to create art out of music, clothes, and any other medium has been instilled since birth. Growing up in Franklin, New Jersey, Spence has always been embraced and supported by his community.

His roots stem from a mother who picked up her fashion sense from growing up in New York, after immigrating from Vietnam during the war. He inherited his strength and sense of family from his father, a Brooklyn-born first generation Chinese whose parents fled communism.

Spence would travel to New York to sell his shirts to people such as Heron Preston and the late Virgil Abloh. Through those connections, Spence was later introduced to Kanye West; Kanye cast Spence for YEEZY SEASON 1, as the only male Asian model.

Spence’s keen eye for clothing and fashion allowed him to work as a stylist. He came to work with Billboard’s top 5 greatest producers of the 21st century, Mike Will Made-It, first through fashion and eventually music. By styling Rae Sremmurd for their MVs and events, a kinship with all parties was formed. Fast forward to present day and Spence Lee is signed to Ear Drummer Records and 88rising.

“On God” is out now and streaming across all the usual platforms. Add this awesome single to your playlists.
Social media