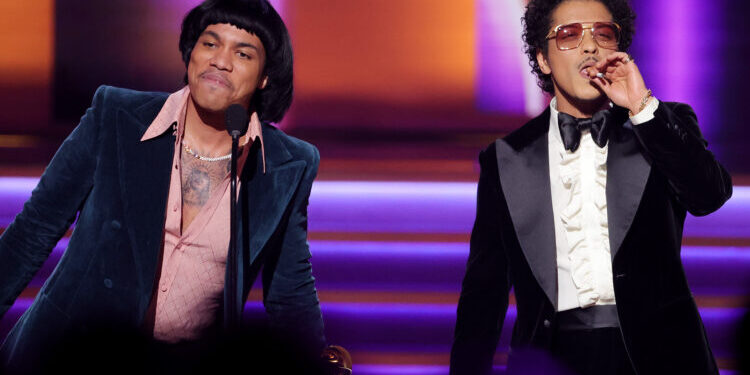 Silk Sonic, the R&B duo composed of Anderson .Paak and Bruno Mars, will not submit their debut album, An Evening With Silk Sonic, for Grammy consideration, Rolling Stone reports. Mars told Rolling Stone in a statement, “Silk Sonic would like to gracefully, humbly and most importantly, sexually, bow out of submitting our album this year.” He […]