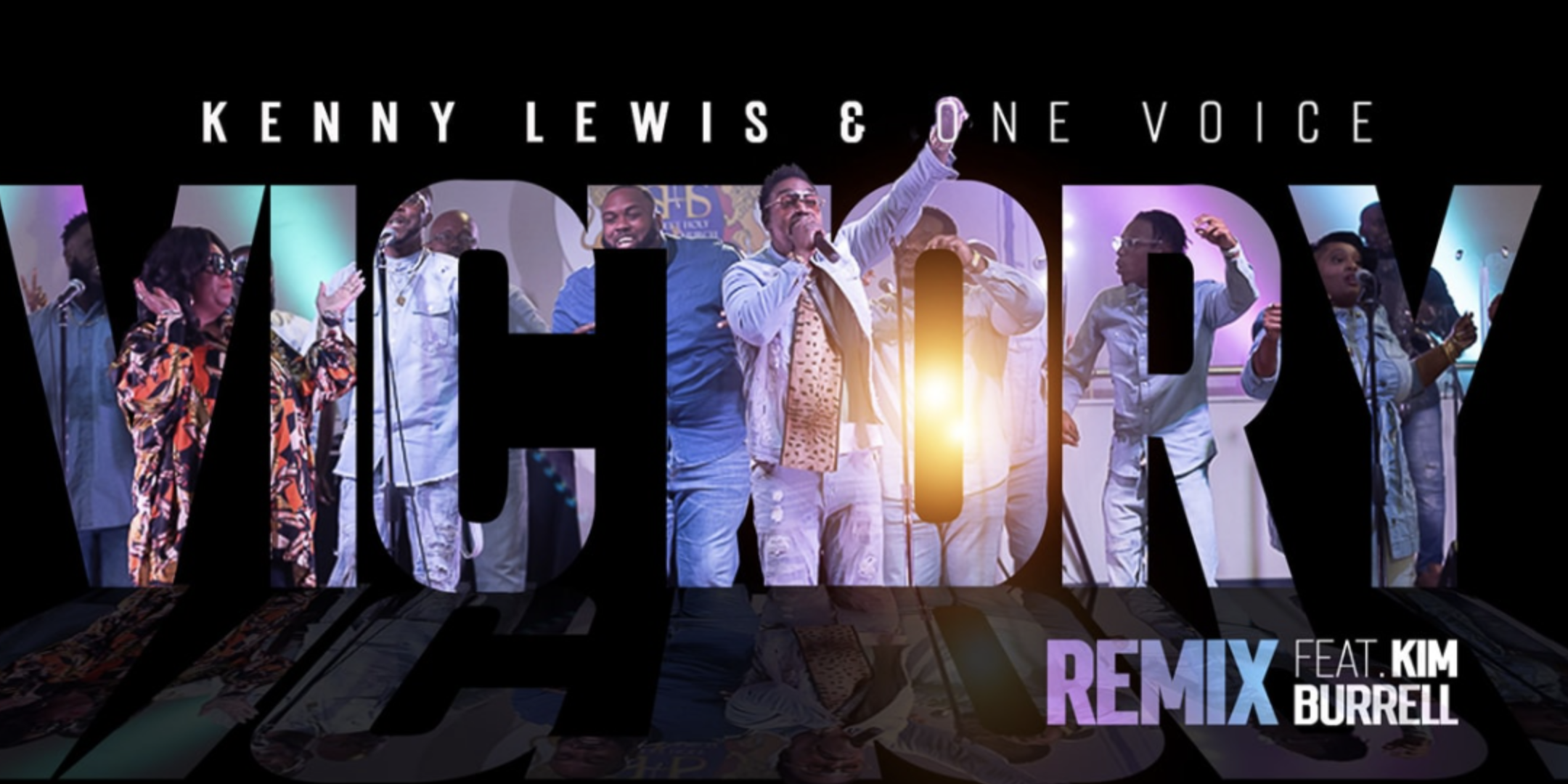 On March 24, Kenny Lewis & One Voice released the Song of the Year “Victory” featuring Kim Burrell on YouTube and other streaming platforms. Listening to this new single, it’s not hard to see why this talented ensemble has over 95,000 followers on Facebook and over 7,400 followers on Instagram.

Kenny Lewis founded Kenny Lewis & One Voice in 1999. Kenny got his musical start early when singing with Mark Hubbard and Ricky Dillard. He later became the Minister of Music at many churches in the Chicago area.

In 2000, Kenny Lewis released his first national project called “The Bridge” on Marxan/Malaco Records which featured the smash hit “Yes”. This project opened doors for him to travel around the country and share the stage with Gospel giants such as Albertina Walker, Tye Tribbett, Mary Mary, Dorinda Clark-Cole and Karen Clark-Sheard.

Kenny Lewis’ career hit a peak in 2007 when he released “Everybody Everybody”. This crossover hit reached number 8 on the Gospel Charts as well as charting on Billboard’s Urban Chart- Contemporary charts.

When asked what inspired him to write “Victory”, Kenny Lewis told us that:

“Victory Remix with Kim Burrell serves as a reminder that winning is our only option and that this ‘victory season’ will never end. God has given us victory through Jesus Christ and I want to encourage as well as remind everyone of this”. The artist, Kenny Lewis – album cover art for One Voice

This new collaboration comes hot on the heels of Kenny Lewis’ last single “He’s Been Good” which featured Charles Jenkins and topped Gospel Billboards earlier this year. “Victory” will no doubt have similar success. Victory Remix out now on all the usual streaming platforms

“Victory” is currently available on all streaming platforms including Apple Music and Spotify – and is a must-add to your gospel and R&B playlists.