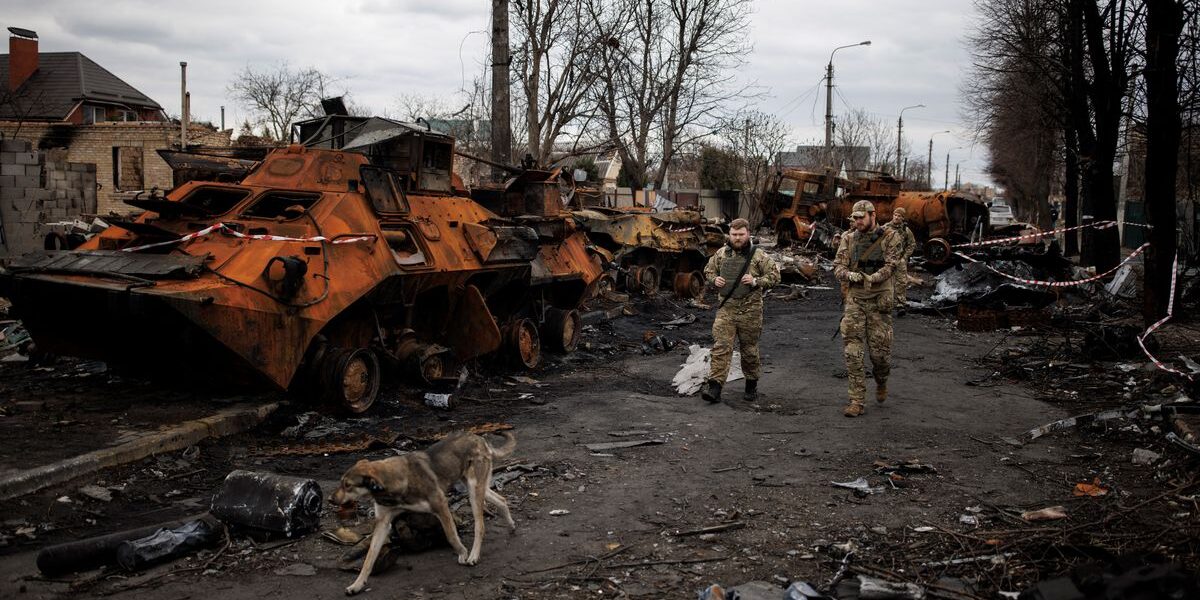 BERLIN, April 7 (Reuters) – The German government has indications that Russia was involved in the killing of civilians in the Ukrainian town of Bucha based on satellite images, a security source said on Thursday.

“It’s true that the federal government has indications of Russian perpetration in Bucha,” said the source. “However, these findings on Bucha refer to satellite images. The radio transmissions cannot be clearly assigned to Bucha.”

The source did not elaborate. He said there was no indication of an order from the Russian armed forces’ general staff regarding Bucha.

Bucha, 37 km (23 miles) northwest of Kyiv, was occupied by Russian troops for more than a month following their Feb. 24 invasion of Ukraine. Local officials say more than 300 people were killed by Russian forces in Bucha alone, and around 50 of them were executed. Moscow denies the accusations.

Spiegel said the German intelligence office had intercepted the radio messages and presented the findings in parliament on Wednesday, without giving a source for the information.

Spiegel also said there were additional sound recordings whose physical origin was harder to pinpoint, which it said suggested similar events had occurred in other Ukrainian cities.

The BND foreign intelligence office declined to comment on the matter.

A German government spokesperson declined to comment on the Spiegel report.

Ukraine has accused Russia of genocide and war crimes. The Kremlin said on Tuesday that Western allegations Russian forces executed civilians in Bucha are a “monstrous forgery” meant to discredit the Russian army and justify new Western sanctions.

Russia casts the evidence of civilian executions as a cynical ploy by Ukraine and its Western backers, who Moscow says are gripped by discriminatory anti-Russian paranoia.