Dajé releases her new song “Down” 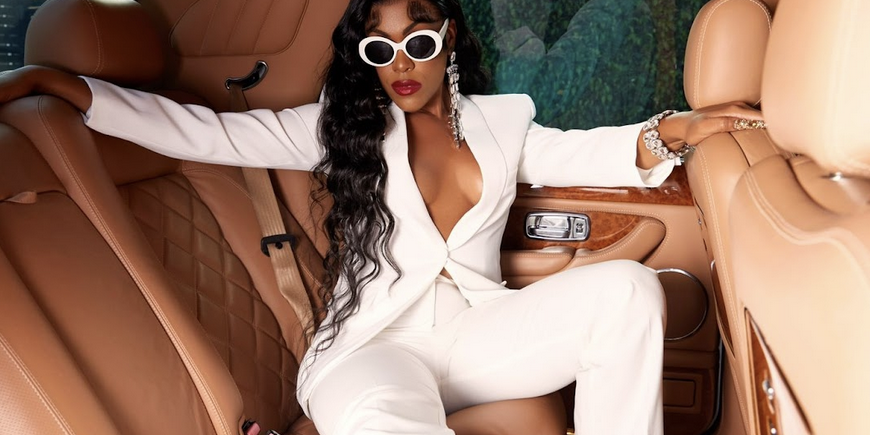 Talented singer/songwriter Dajé has just released her latest song, “Down” across all the usual streaming platforms. Since it’s October 14 release on YouTube, this single has got almost 5,000 views.

The Florida artist draws you into her sensual world with seductive musical stylings which fuse reggae, dancehall, R&B, hip-hop and her Haitian heritage pop style known as Kompa. This multi-layered sensation brings a much-needed breath of fresh air to popular music.

The artist got her big break with her 2017 breakthrough single “Mr. Lover Man” which took the industry by storm. Paying respect to Shabba Ranks’ 1988 smash “Mr. Loverman,” her soft soprano purrs over pulsating production, perfectly competing with a bold bassline and sensual, hip-swiveling guitar licks.

With a sundry of hit singles ranging from the hip-hop soul of “Numb” to the Caribbean salsa flavored “Not Thinking Bout U,” Dajé cannot be contained within any boundaries.

Singersroom asked Dajé to explain her musical genre and she said that:

The talented artist, Dajé was born and raised in Tampa Florida to a Mom who had Haitian and French heritage and her father had mixed heritage of Haitian and Dominican Republic. She has always had a passion for performing.

Dajé’s upcoming project tentatively titled “Fire & Ice” has five songs in English and five in Creole and in this way she preserves the integrity of her Haitian heritage.

She began writing music at only nine years old – writing both songs and poems. She joined the chorale, vocal ensemble, gospel and church choirs where she honed her musical skills. As a child, she also took lessons in piano, guitar, flute and harmonica. Music was her overriding passion. She performed in her high school production of “Little Shop of Horrors” at the age of 17 where she wowed the audience. In high school was accepted into the prestigious Howard W. Blake High School for Performing Arts – where she majored in recording studio technology. After graduating from high school, she became a backing singer for Jacksonville-based jazz singer Joy Dennis, while pursuing degrees from the University of North Florida in psychology and sociology.

She released her first single in 2015 – “Foreplay” and she hasn’t looked back since.

Dajé’s current reggae-infused R&B single “Down” is out now across all the usual streaming platforms. Add this one to your playlists.

The post Dajé releases her new song “Down” appeared first on Singersroom.com.

Video Shows Tyre Nichols Calling for His Mother – Beaten by Officers Now Charged in His Death
January 28, 2023
Go to Top